It has taken me a while to edit this new series, as I had to first make the time, and figure out my selection criteria.  In early March I discovered a new blue, which I will call winter dawn blue.  For any number of years my favourite blue has been the blue of a clear day in Fall.  This newly appreciated winter tone occurs just after the sun has risen, after the warmth has left the dawn, and before the haze of the day takes hold.  The blue in the photos below is how I remember it.

The location of these photos presents a small lesson in perspective.  Behind me semi-trucks roar past on 4 lanes of tarmac, and if I stand-up I can see the massive Amazon warehouse in the background. The framing of these photos is driven by the position of the fence posts, which I did not want in the image. Each image is roughly the span between 2 posts.

From a display perspective, picture if you will a single row of these photos (there are more to come) along a long wall. Each image is roughly 15” wide with a white boarder of say 2” in a flat white frame. 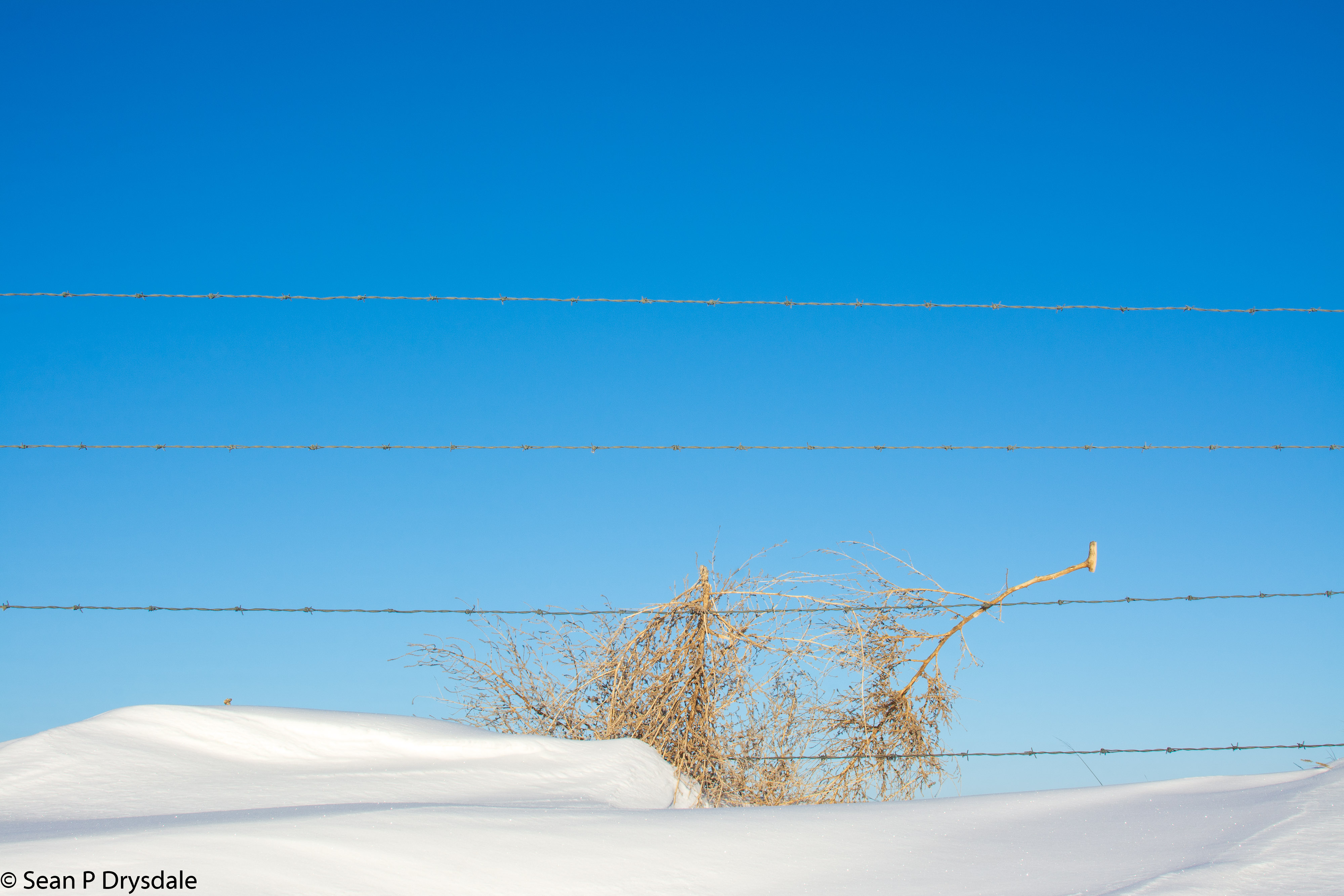 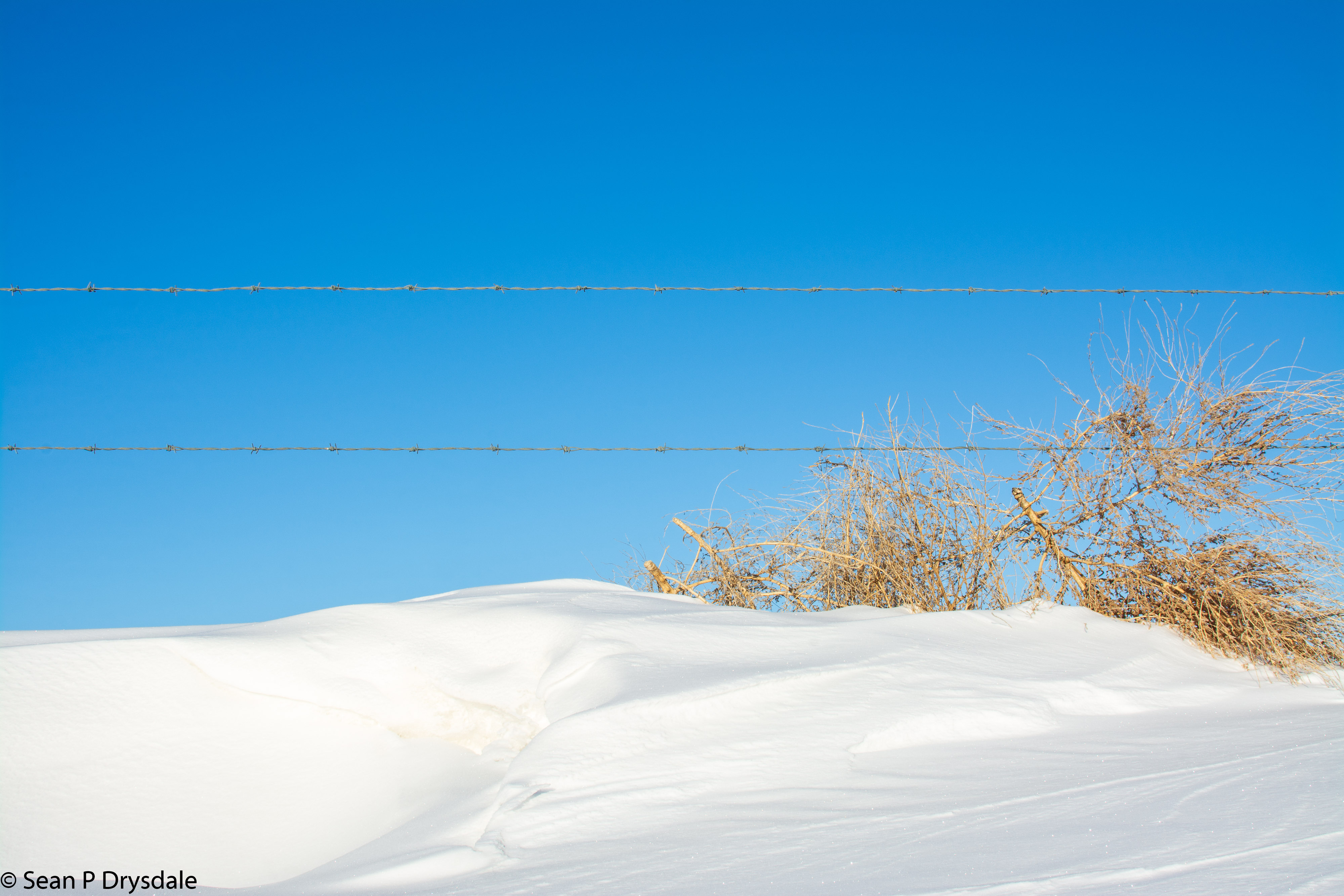