As I was leaving for last night’s drive, April asked me if anyone ever talked to me, while I was out and about.

At 14th street and 11th SW (no.11), there were a couple of people who were curious from a far.  They said nothing and never left the sidewalk.  This photo was a return to a site that Keith and I had first visited last year.  Speaking of Keith, I should give credit where credit is due and thank him for planting the mural project seed.

At 3rd Ave. and 1st St. SW (no. 12), an older Chinese man, who looked as if he could have been drunk teetered along the sidewalk behind me and to my left.  Just before he vanished out of my view, I saw him stop double back a step, look longer at me, and then decide against asking me a question.  He too did not leave the sidewalk.

At 9th Ave. and 12th St. SE (no. 13), a young man who looked as if he might live in the gray zone, crossed the parking lot to speak with me.  He said he was interested in a specialized night photography camera.  I showed him the photo I had just captured on my tripod mounted camera, and told him that my camera was some old thing.  I think he was looking for some sort of night vision camera a la pick a name of any war / thriller movie.  We exchanged “enjoy your nights” and he vanished back into the gray.

On 9th Ave near the Hose and Hound I was trying for a capture of a building wrapped in white.  A passenger in a shiny pick-up truck opened his window and gave me the finger.  Even though I was stationary, and he was speeding, obviously, my presence merited a response.  How I was a threat or disturbing his space I will never know.

So, I began the evening with 3 new photos in mind for The Mural Project. Objective met.  Oh, and I found another mural, for which in the interests of safety, I may need a wing person. 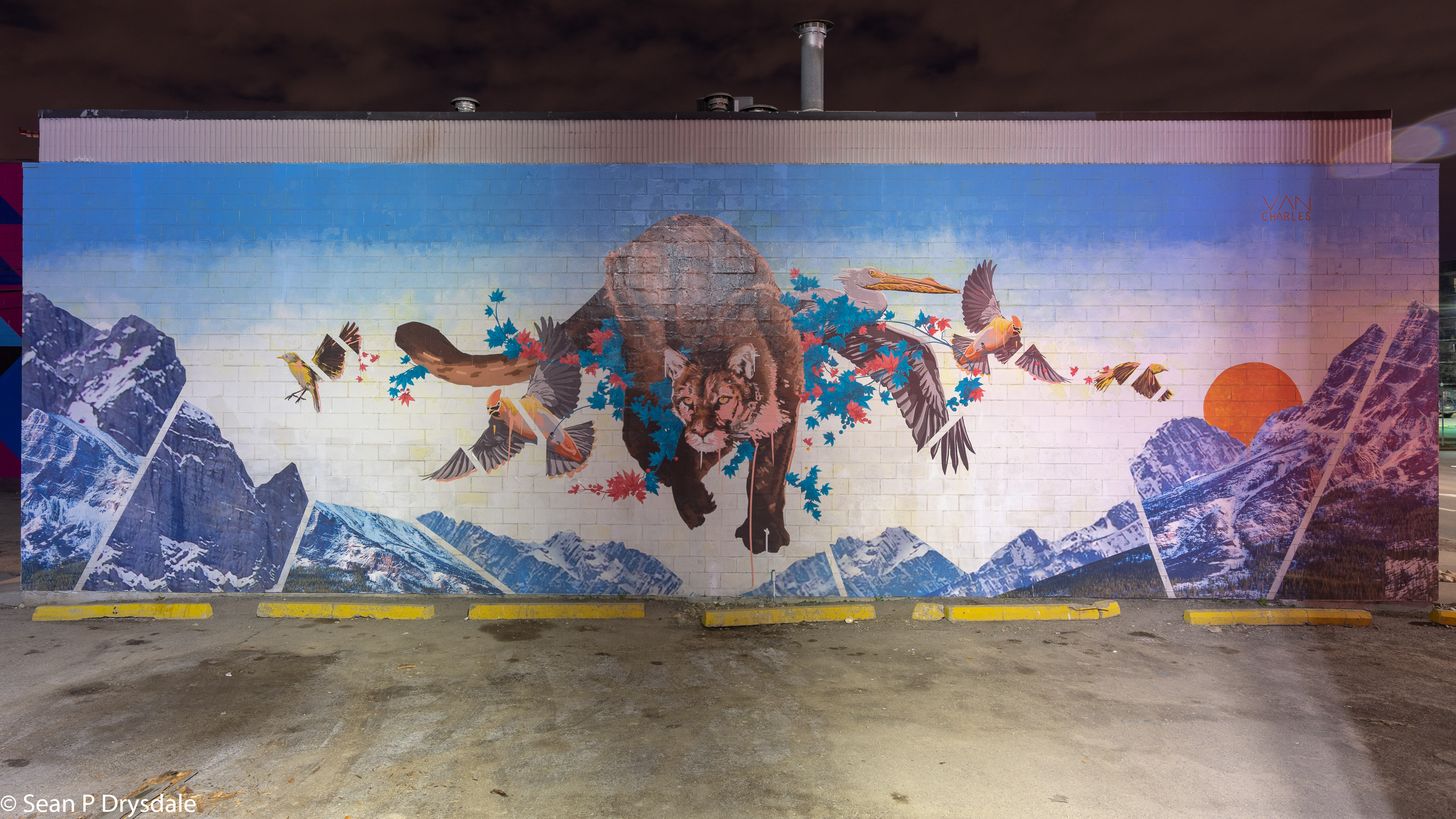 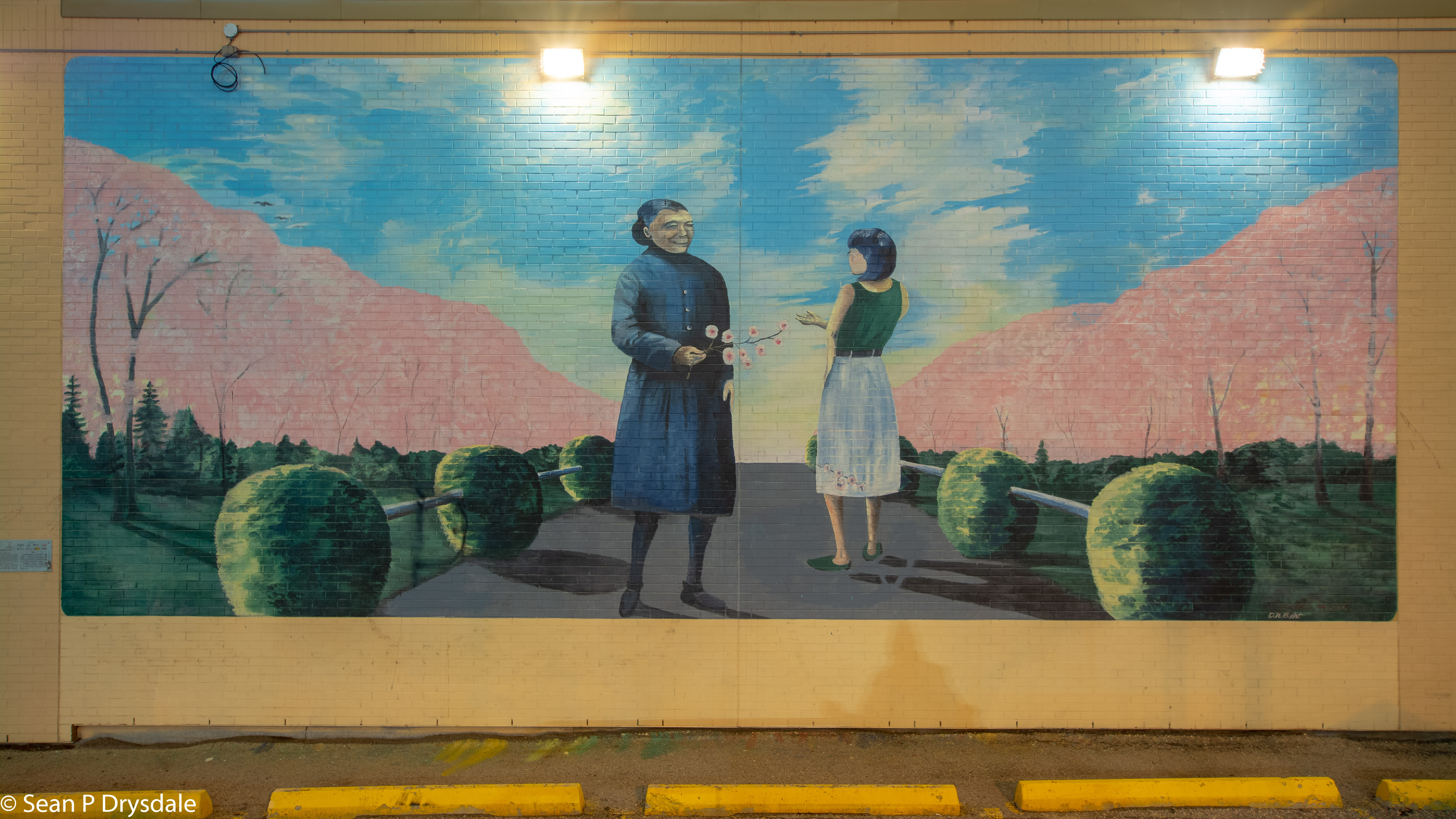 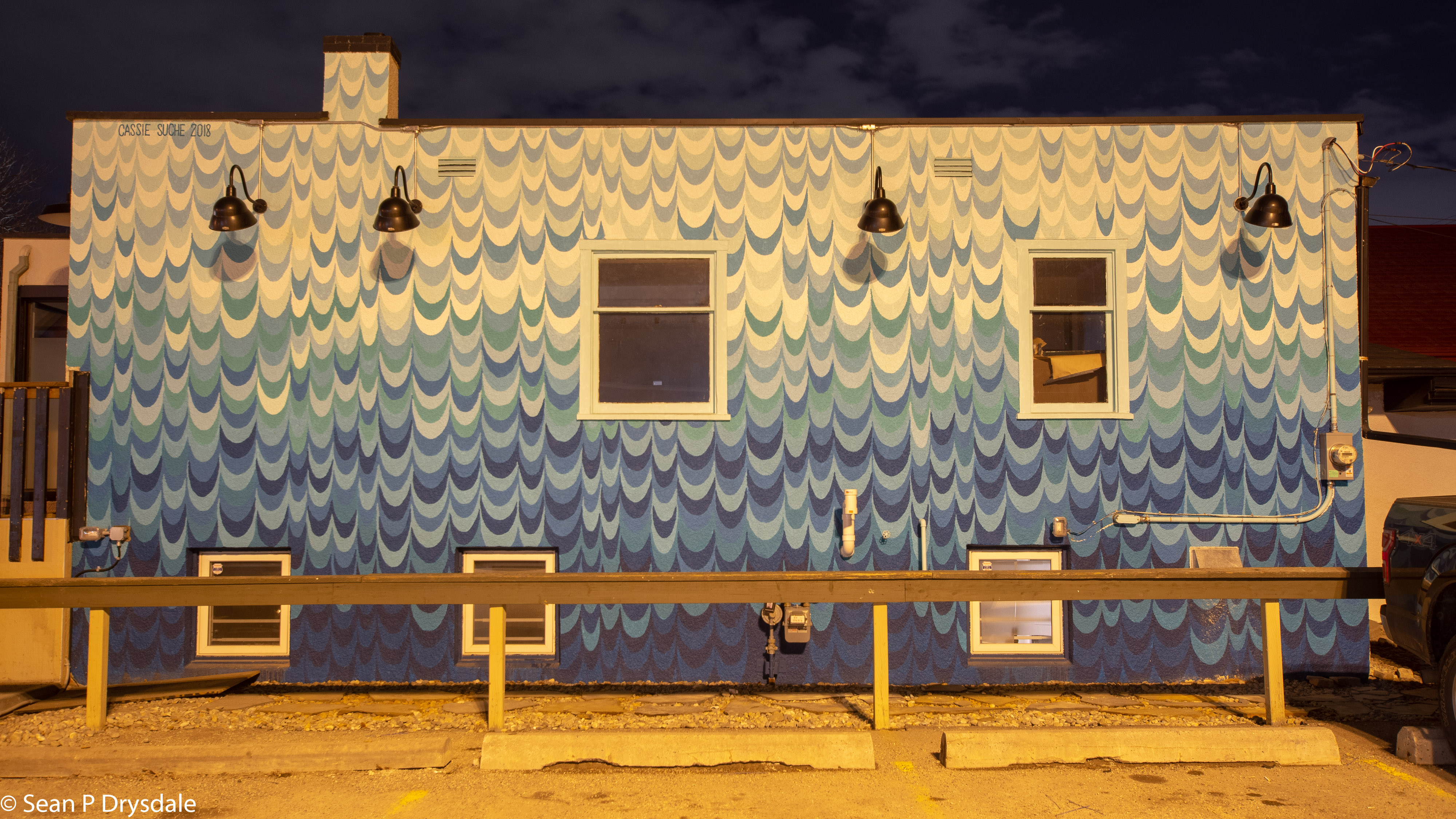 2 Replies to “Conversations Not Had”