The numbers in parentheses refer to the photos at that bottom of this post. You may also want to grab a beverage of your choice. This could take a while.

Friday November 5
There were going to be five of us.  Then three looked possible, and then two seemed definite.  Now it is 5:00 am, and there are no other photographers that I know of in the other rooms of the Nordegg Lodge Motel.  I arrived here yesterday evening, after driving over 3-hours from Calgary. The room was clean. The sleep was a comfortable and a little short.  I spend the next quarter of an hour convincing myself that driving out to Abraham Lake for sunrise is still a good thing.

By six, I have turned west onto the David Thompson Highway (Hwy 11) .  The stars are still bright. They offer no comfort when the woo woos come out of the shadows delivering waking nightmares.  The asphalt absorbs all but a candle’s worth of light from the truck’s high beams.  I wish there were other vehicles on the road, and then I wouldn’t be so alone.  If there are no other vehicles on the road, I can’t be the victim of a truck-jacking.  By the time I reach the lake, the pre-dawn blue hour is just beginning. The woo woos are still lurking in the shadows.  I’m not quite sure where I have stopped, but there are ghosts of 3 or 4 motor homes a couple hundred meters away.

After checking the ground to make sure I’m not on a bluff that is about to collapse into the lake, I park and attach the camera to a tripod.  There is a hint of brighter light on the other side of the lake, off to the east south east. 80 kilometers ago I should have made a thermos of tea. Perhaps those clouds will catch dawn’s glow (01-02).

The orange and reds fade from the sky, and I return to a now visible road still headed west(ish).  At 9:18, the clotted cream coloured sun shines through my side window.  There are strawberries and fresh scones on the dash.  I reach into the bottom of the cooler bag and pull out a slightly squished cheese sandwich.  All is right with the world.  The snow-covered peaks draw me closer (03-04) to Saskatchewan Crossing where Highway 11 meets the Icefields Parkway (Banff Jasper Highway / Hwy 93).

This trip is one of a series of what’s-my-next-camera rambles.  Today, I am using a borrowed Canon R6 and a 24-105 kit lens from The Camera Store.  Apple and Microsoft computers can both be used to accomplish the same objectives.  But, they are just different enough for one to be confusing, if you are used to the other.  A similar comparison can be made between Nikon and Canon cameras.  Some of the controls are in familiar places.  Then I get lulled into a sense of comfort only to be confused when something like the aperture control is in the “wrong” place.  Last night I had both the camera and YouTube instruction videos in front of me learning some of the Canon’s basic functions.

At Saskatchewan Crossing (05) I can either turn left towards Lake Louise and home, or right towards Jasper.  I decide that Jasper is too far, but the Columbia Icefields (06) aren’t that far away.  I turn right. The further I drive the higher I climb, and the closer I get to winter.  By the time I reach the Columbia Ice Fields, the gate to another dimension is disintegrating (07 – “Fading Portal”). The snow is blowing at 40 km/hr and two tricksters have greeted me.  This is an auspicious occasion!  As I try to keep the tripod stable, the ravens (08) hop around nearby.  One flies into the truck box where it finds nothing but sand.  Earlier in the week, I had prepared the truck for winter by throwing sandbags into the back of the truck along with a snow shovel.  It is funny what we keep.  I think the snow shovel came from my late parent’s place in Toronto (have shovel will travel) when they lived in Canada over 40 years ago.

Having said goodbye to my raven friends, I turn south towards Lake Louise.  Just before descending back into fall, I half consider walking the short Parker Ridge Trail.  Common sense kicks in and I continue driving.  I have actually done this same descent on a bicycle laden with camping gear.  It is easier in a truck – still fun but not quite as exhilarating.  On Monday I find out that a couple of friends were driving north and saw me as I was leaving winter.

My approach to driving on photography rambles is akin to my photographer’s pace while walking.  To the random observer, I appear to stop at random places, for random reasons.  My most rewarding stop on the way back is at Bow Lake (09).  The camera has a virtual leveling line, which I can see in the viewfinder. The line is a great aid to capturing images for a panorama.

Saturday November 6
I spend much of the day playing with yesterday’s photos, and some of Lightroom’s new features.  One of those features is a new sky select tool, which I will use tomorrow afternoon to keep the sky a cool blue and the ground a warm faded brown (10).  The more I play, the more I become comfortable with Canon’s colours.  The difference between Nikon and Canon colours is analogous to the difference between Kodachrome (Nikon) and Ektachrome (Canon) slide films.  Neither was better than the other – they each had their own unique characteristics.

Sunday November 7
The previous test sessions have each been composed of a drive east and a drive west.  In fairness to the method, today is the drive east.  I consider returning to Dorothy, but today my heart isn’t into a long day behind the wheel.  Instead, I take a circuitous route to Sharples.

Some images are “learning opportunities” (ie they are either banal or badly flawed), and some images work (11).  Photo 12 was envisaged as a b&w, and I use a technique (slide clarity to the left) learned yesterday to make it a little more contemplative and melancholic.  When it comes to b&w or colour, I am usually clear in my own mind on which image deserves which treatment.  Photos 13 and 14 are exceptions.  Though both have something to say, I find the b&w version is better at invoking a sense of ominous curiosity.  It was also very good day for Sentinels (15), and I have a few updates for the monograph of the same name.  I will let you know when those updates are completed.

Monday November 8
I have now returned the camera to the good people at The Camera Store, who asked the same question you may be asking, and the one I am certainly asking. So, who is winning?  First, a caveat or three.  This whole testing voyage has been highly subjective and enjoyable.  Objects may be closer than you think.  Your perception of colour is invariably different from mine.  Things that are important to me may be irrelevant to you.  Check your edges before engaging the shutter.

Unfortunately, it no longer appears possible to buy a modern full frame camera designed solely for capturing single images.  There is a Leica b&w which is tempting in that only a lottery win away frame of mind.  In all other cases, my choice will invariably have a set of features that I will probably never use.

Sony a7iii
This camera will soon be superseded by the a7 iv. I tried the a7iii.

During the cooler and cold seasons, I wear thin gloves under mittens or thicker gloves.  With my current camera and the other 2 cameras, I could use the camera wearing thin gloves.  This is not the case with the Sony.  The images from the Sony are technically sound but they ain’t got soul.  Upon reflection, I realize I was more enamoured with using a high quality 100-400mm lens for the first time than being enamoured with the camera.  As I mentioned before my current approach to technology is I just want the damn thing to work.  I fear I will be constantly trying to remember how to do something with the Sony.
Conclusion: Great tech – feels like a gadget and not a camera – fails the glove test – fails on ergonomics – not fun to use.

Nikon z7ii –
The current version of this camera is the z7 ii.  The lower resolution sibling to the z7’s are the z6’s.  Except for sensor resolution both lines are very similar. I tried the z7

The z lens I want to start with is not yet available.  Relative to the usability and information provided by the Canon, the Nikon feels incomplete.  I like Nikon’s raw files, and I know how to work with them in Lightroom.
Conclusion: Nice glass – nice camera – nice colour – nice ergonomics – all pleasantly familiar – incomplete

Canon R6
Originally, Canon was out of the running, but after taking the other two for rambles, I figured I owed it to myself to take this camera for a drive as well.  Some of the buttons do the “wrong” things, but that can be addressed through an initial one time set of customizations.  In manual focus, which is generally what I use, the camera has some great focus aids.  One of those aids is a trio of triangles which when aligned denote sharp correct focus.  The behaviour of these triangles reminds me of the split semi-circles in analogue cameras.  There is a lot of information in the viewfinder, which can be distracting.  That information can be hidden with the push of a button (I believe).

The auto white balance of the Canon produces considerably warmer images than those of the Nikon.  After my play of the weekend, I am warming to a colour temperature between the two.  I typically add some warmth to my Nikon images, and it looks like I would need to cool Canon images.
Conclusion: Nice glass – nice camera – different colour – nice ergonomics – unfamiliar but I can still be taught – surprised

Drum Roll
Thanks to those who answered a question on a Facebook group, I am now feeling more comfortable working with Canon colours.  So, having been a Kodachrome guy for a long time, I think it is now time for the more evocative Ektachrome.

FYI: As you are scrolling through the filmstrip please note that you can click on any image and see the image with a nice dark background and no annoying band across the top. 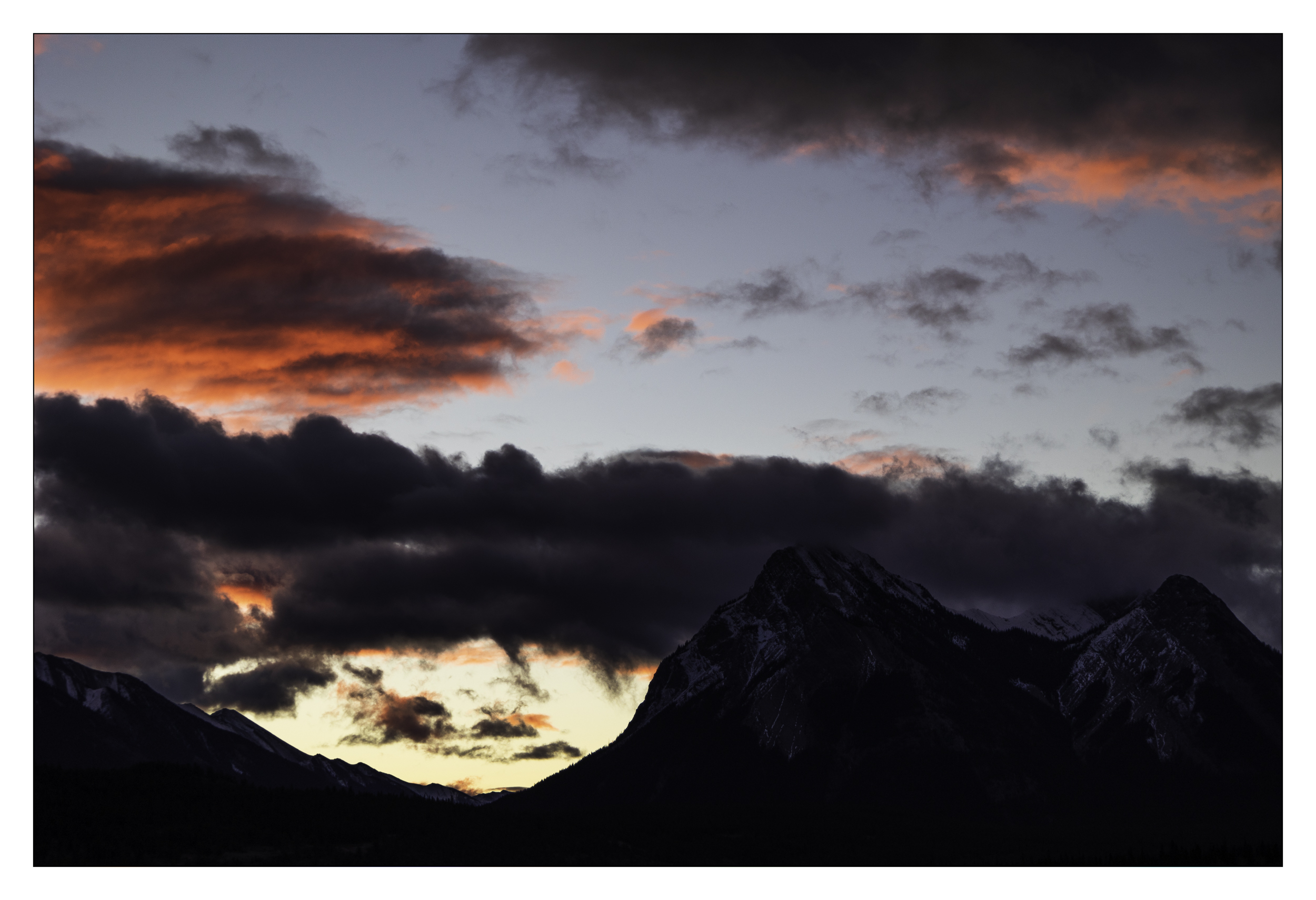 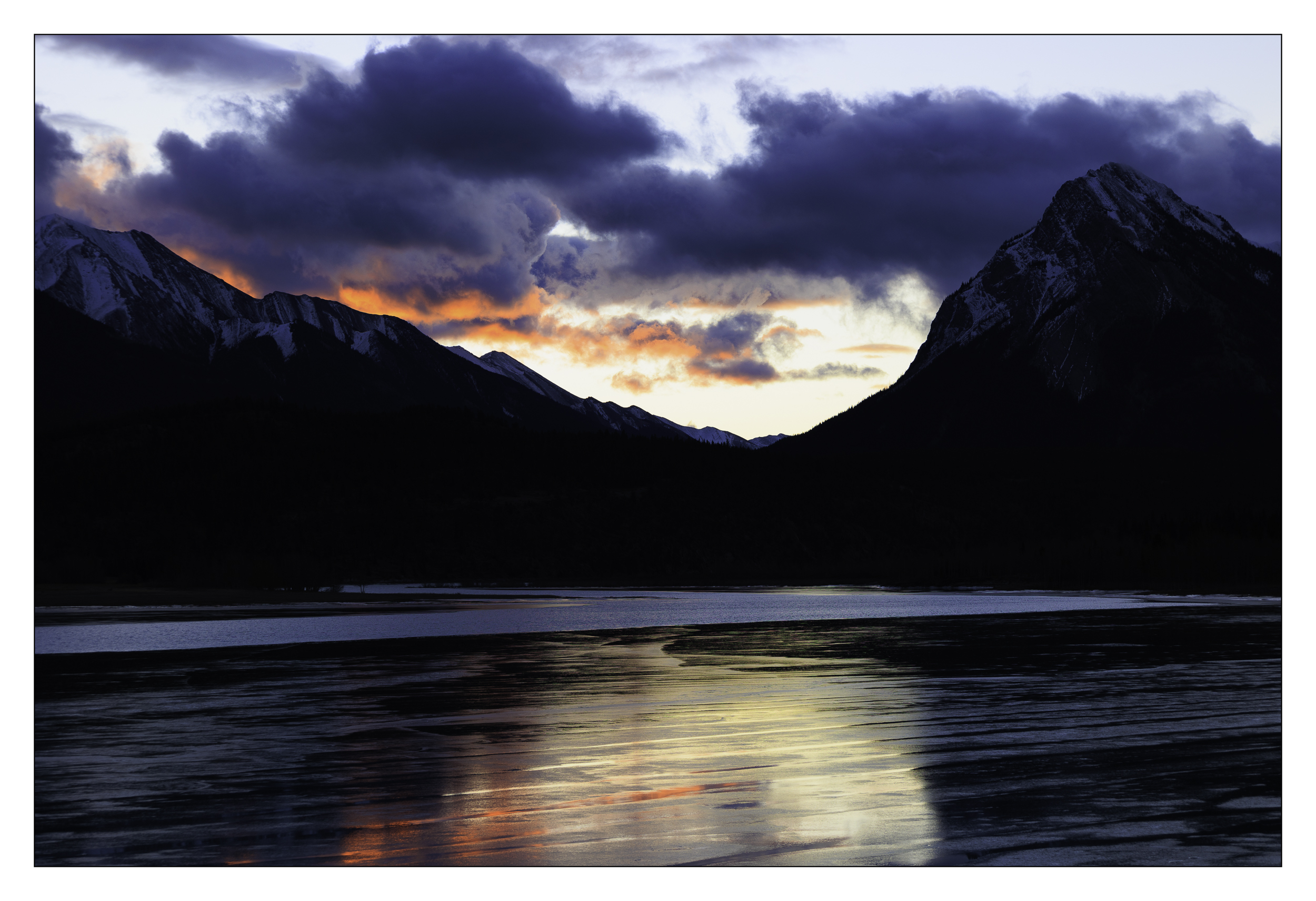 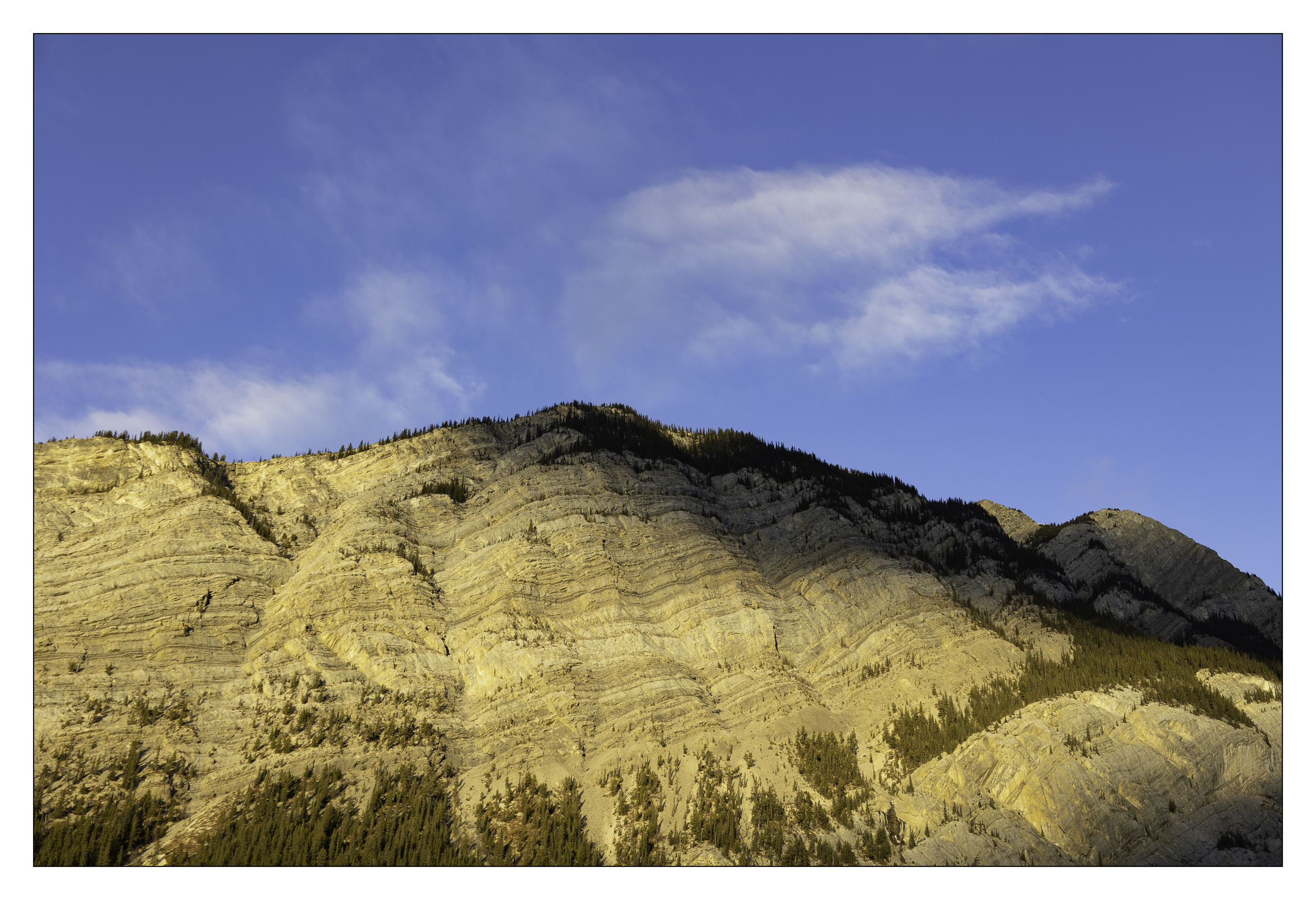 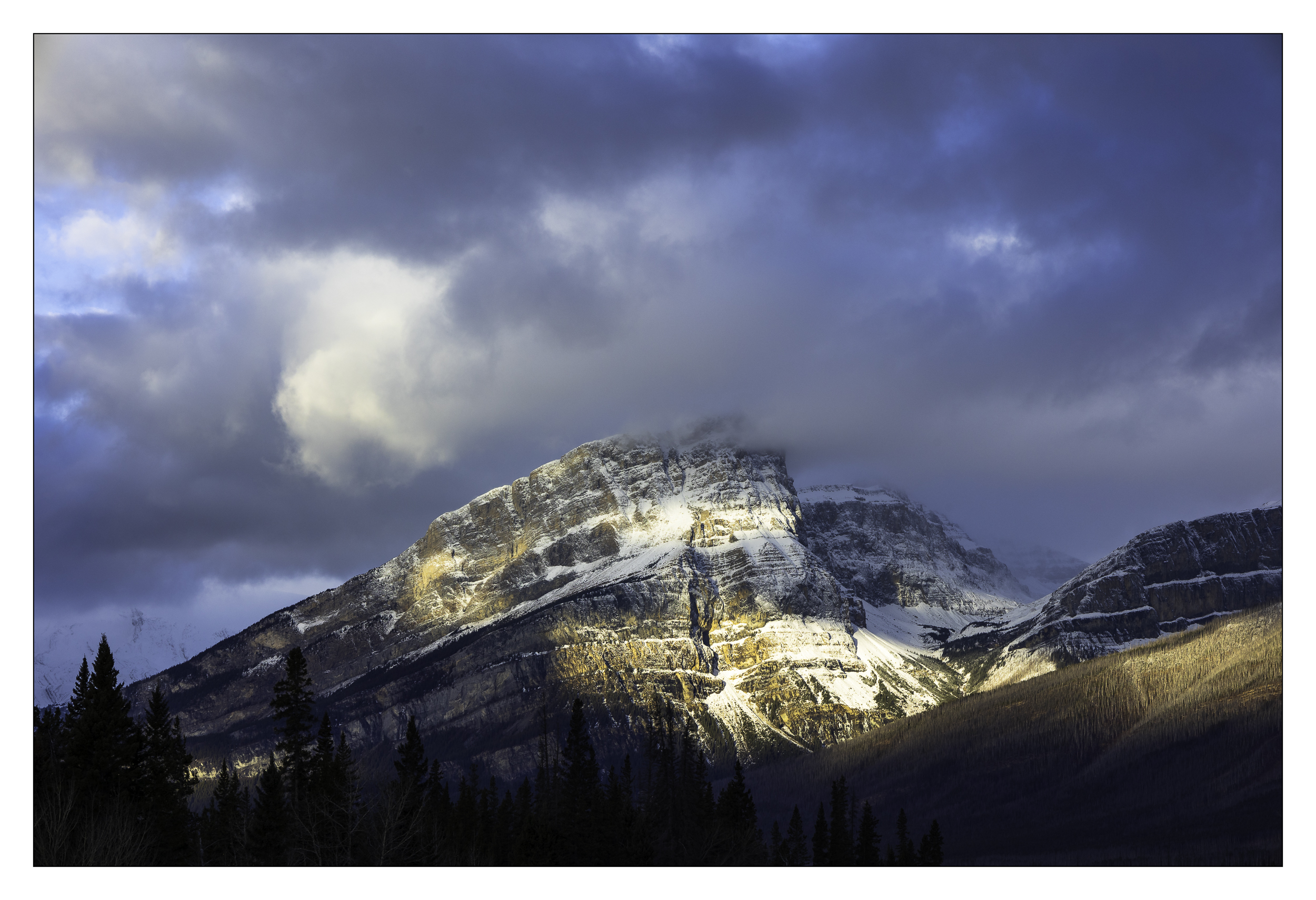 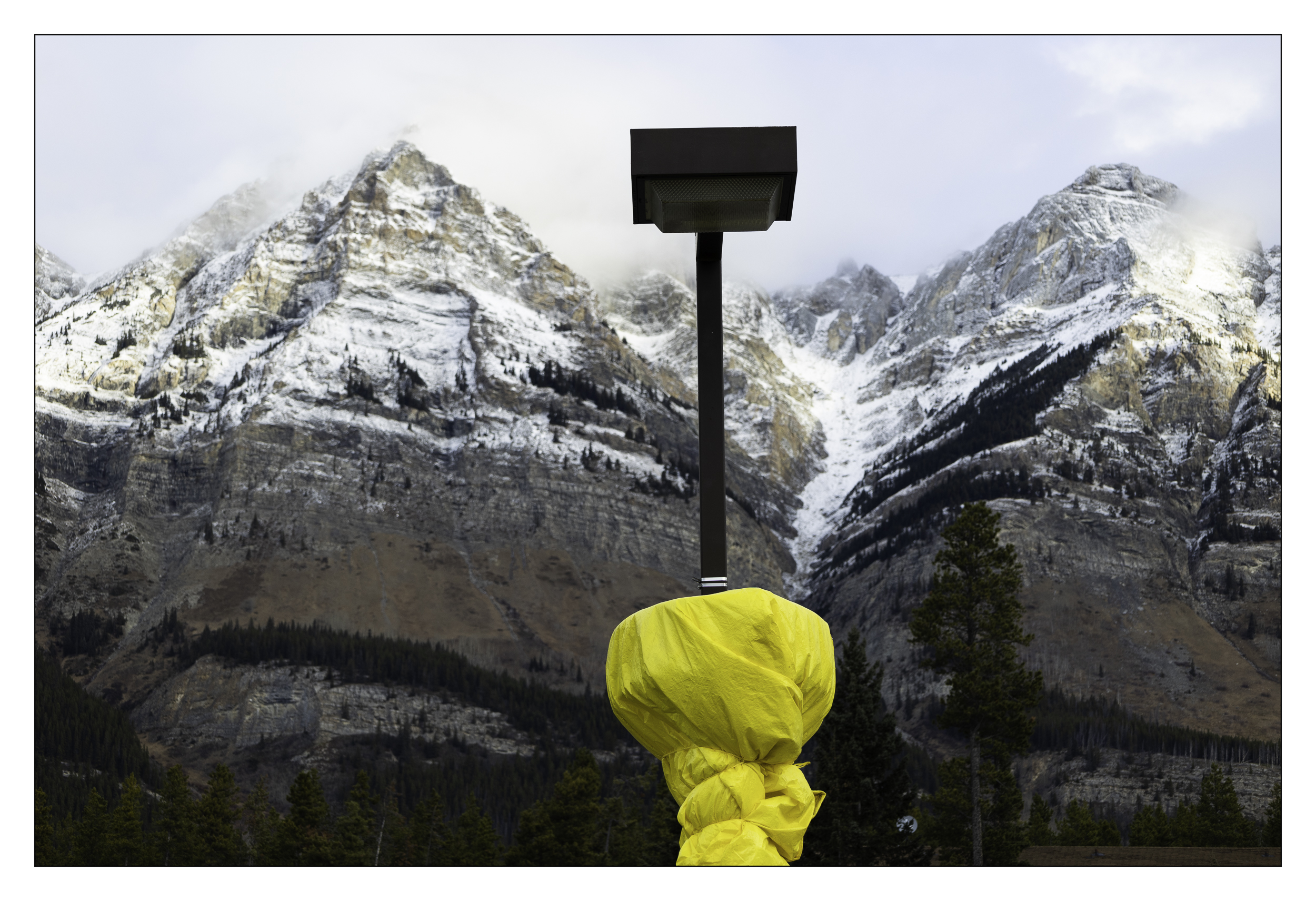 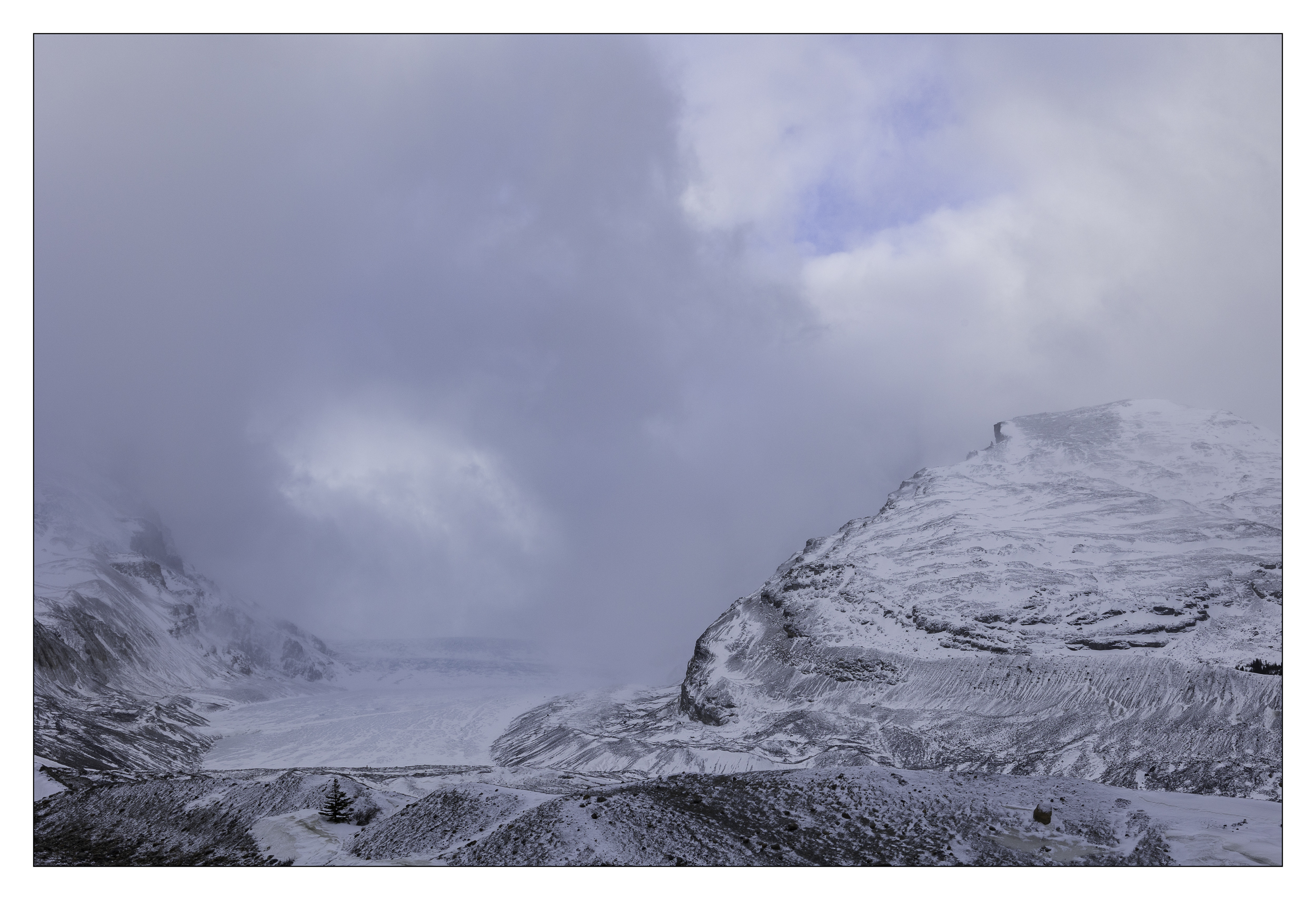 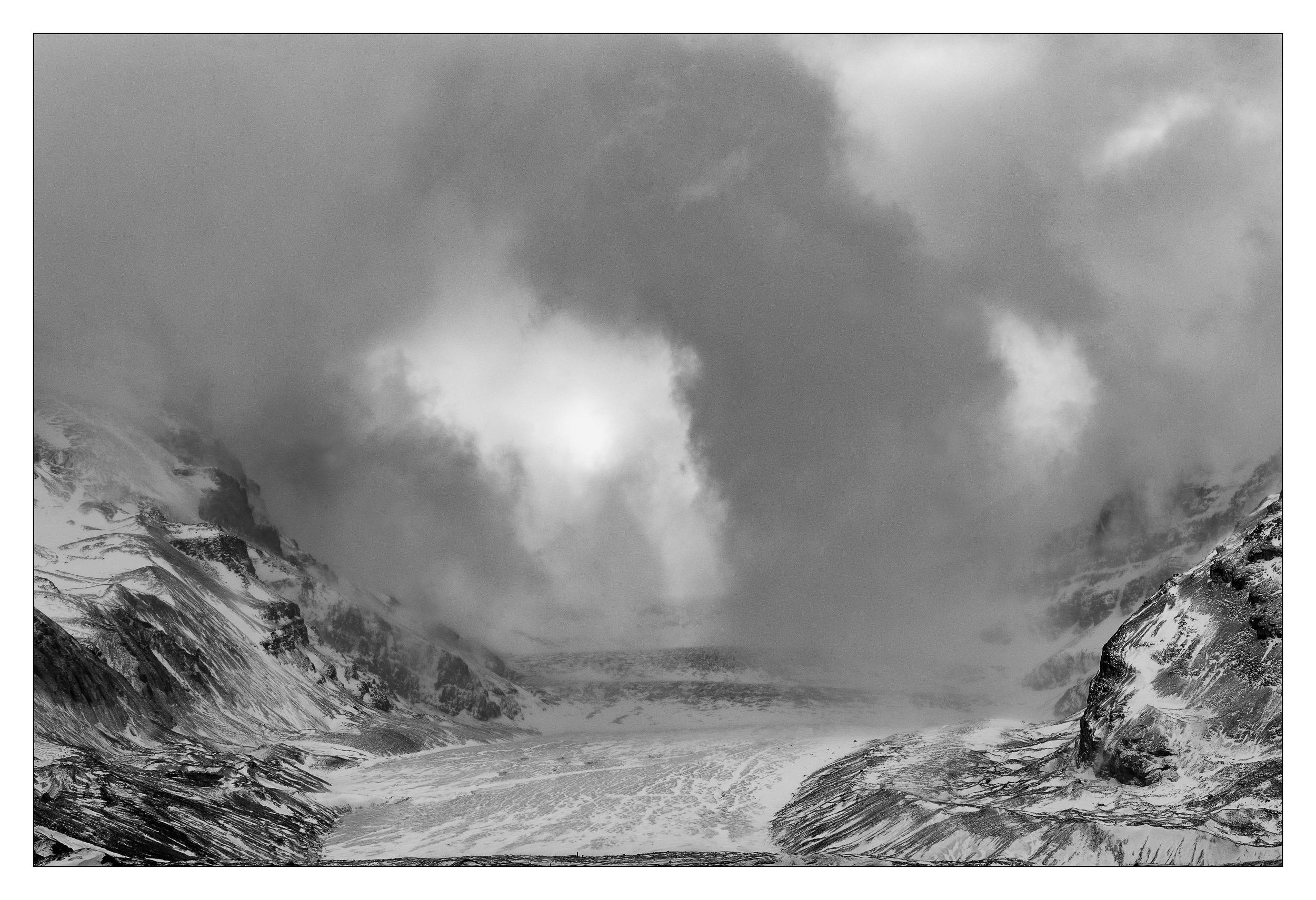 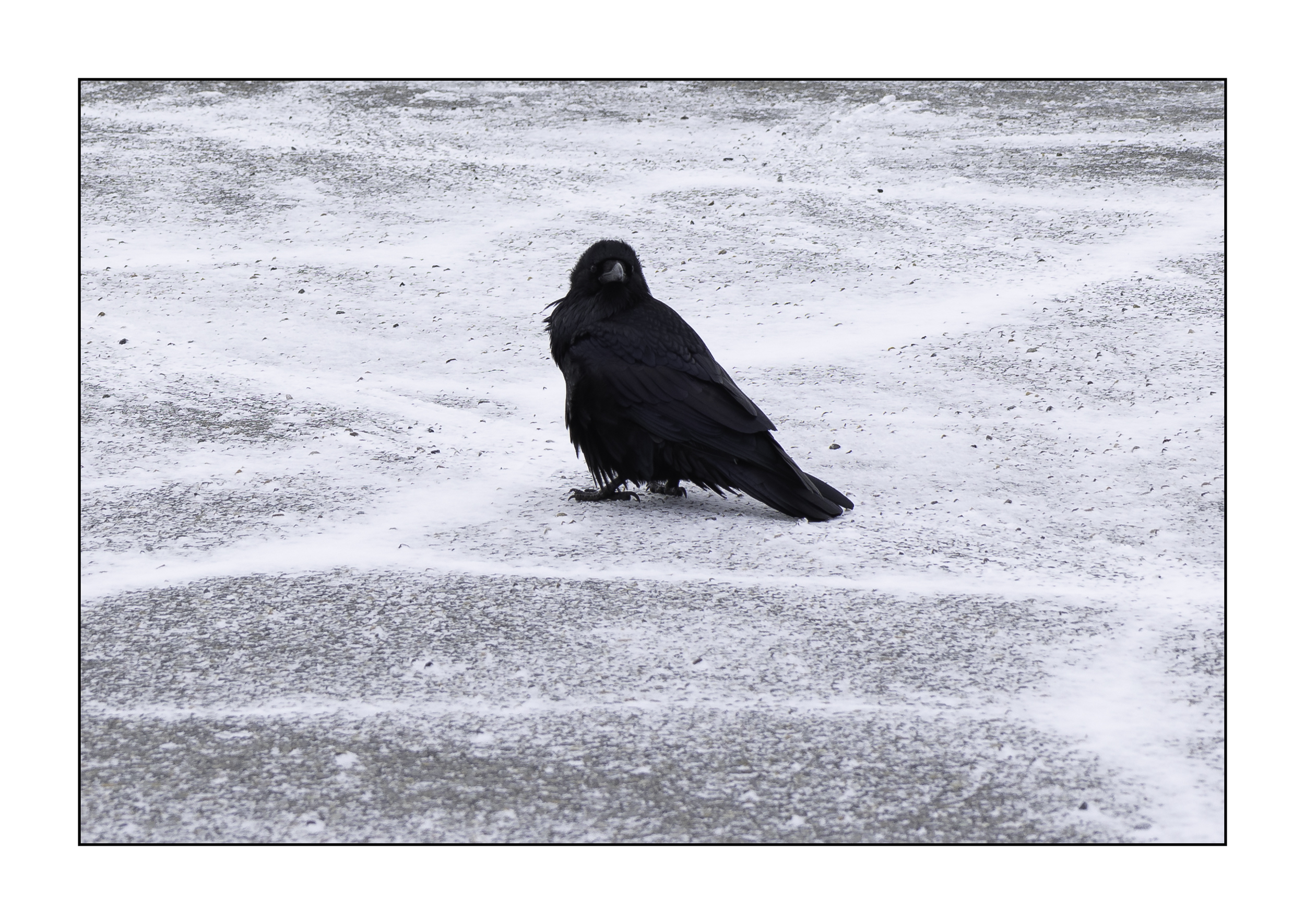 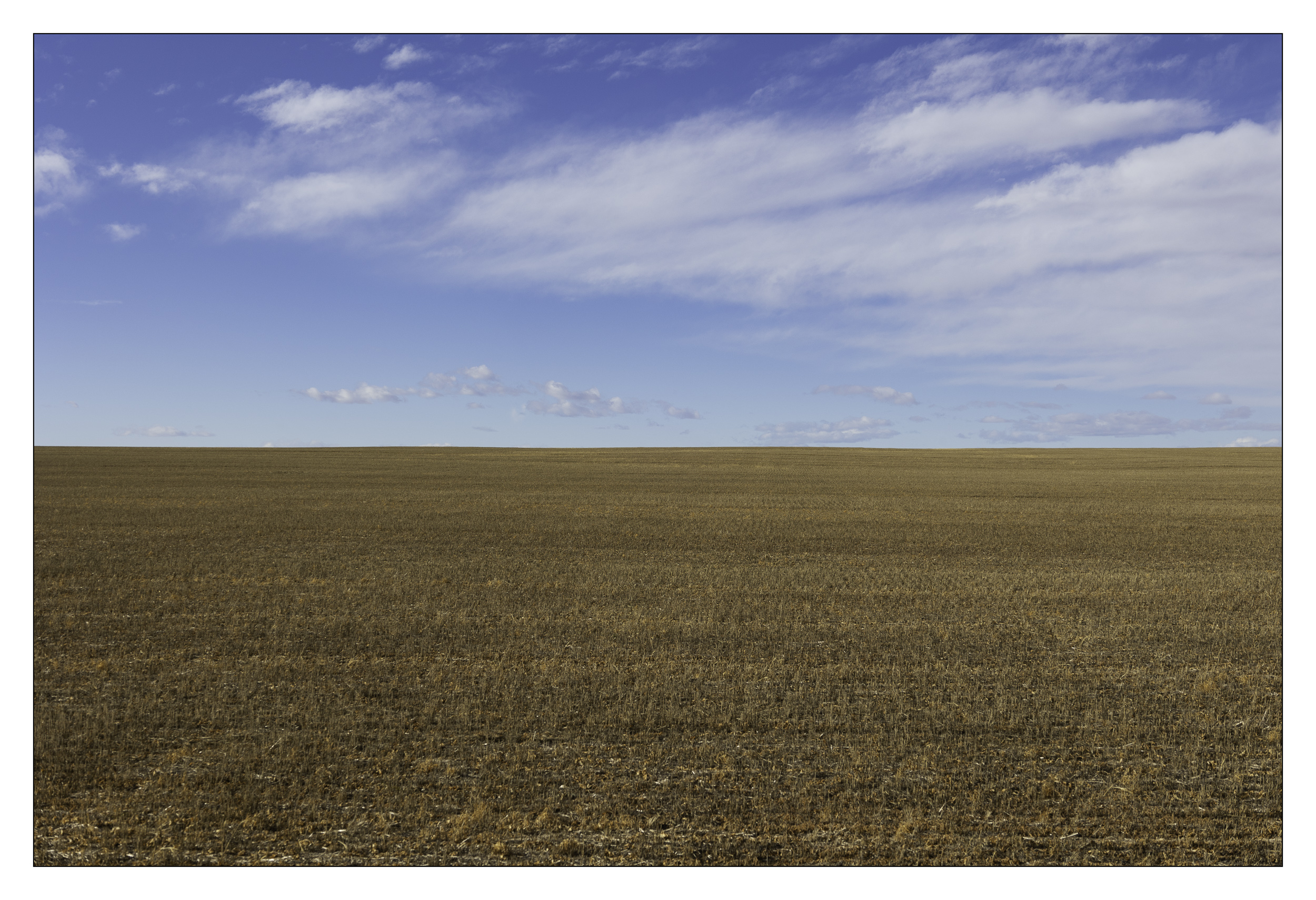 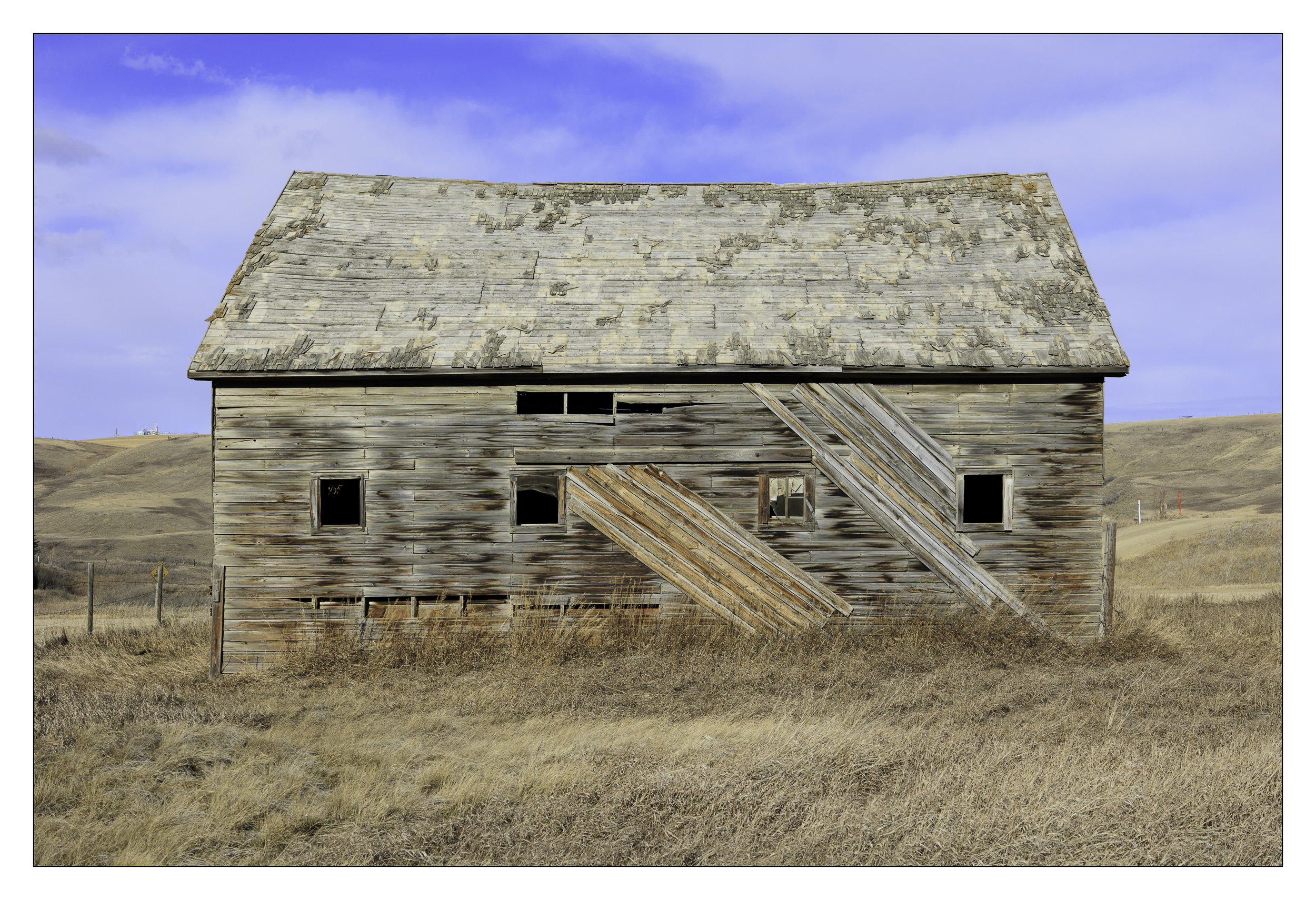 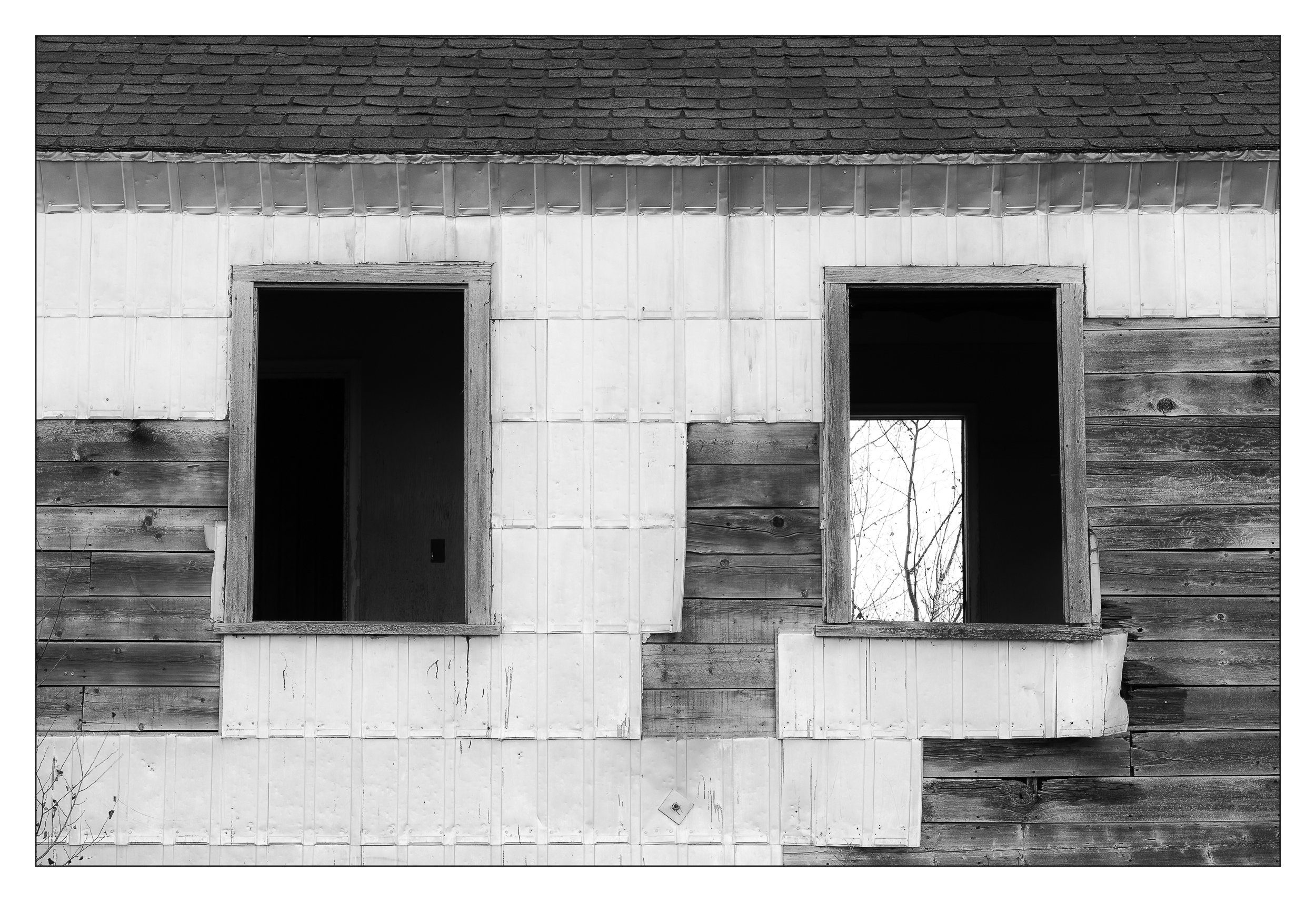 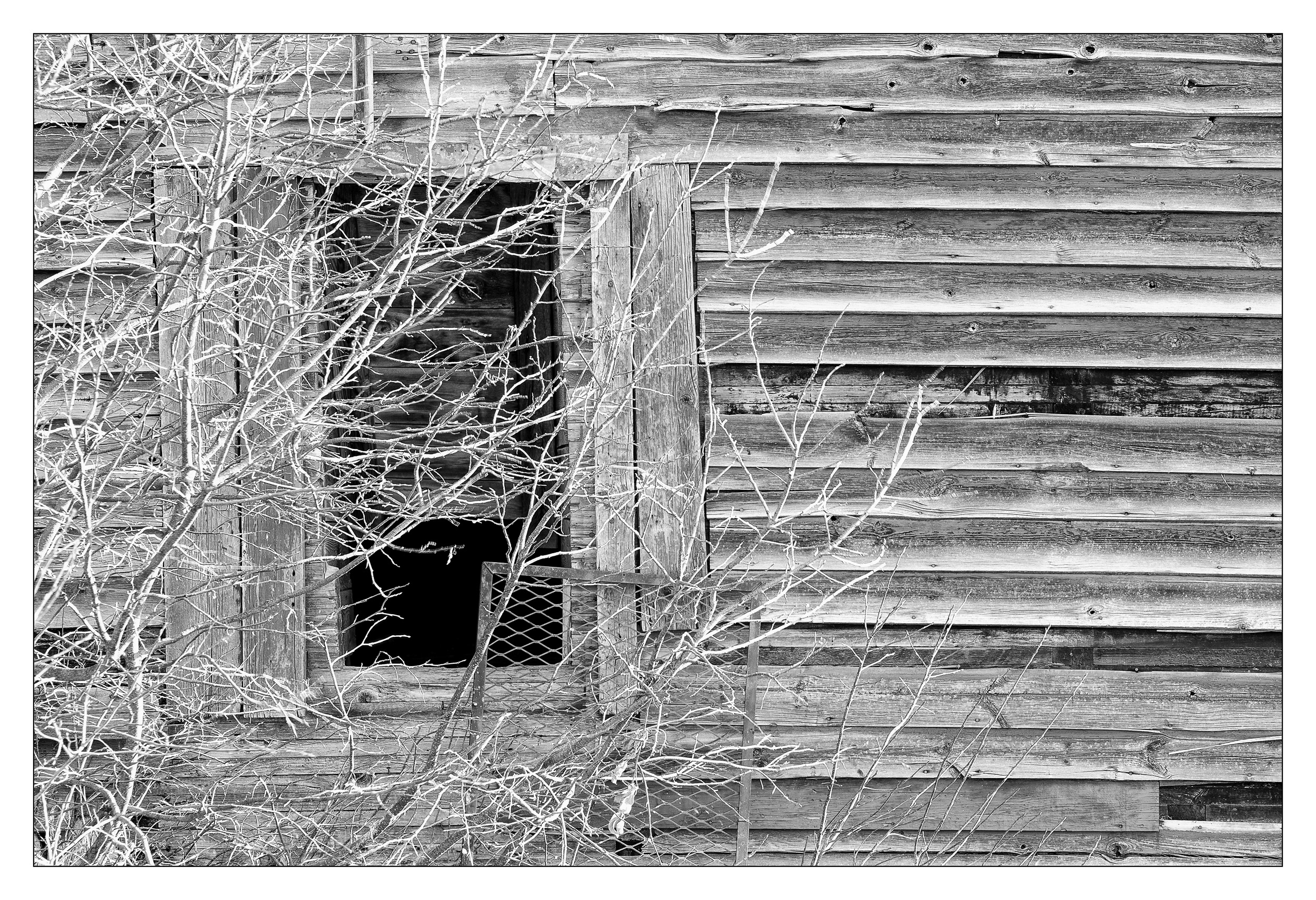 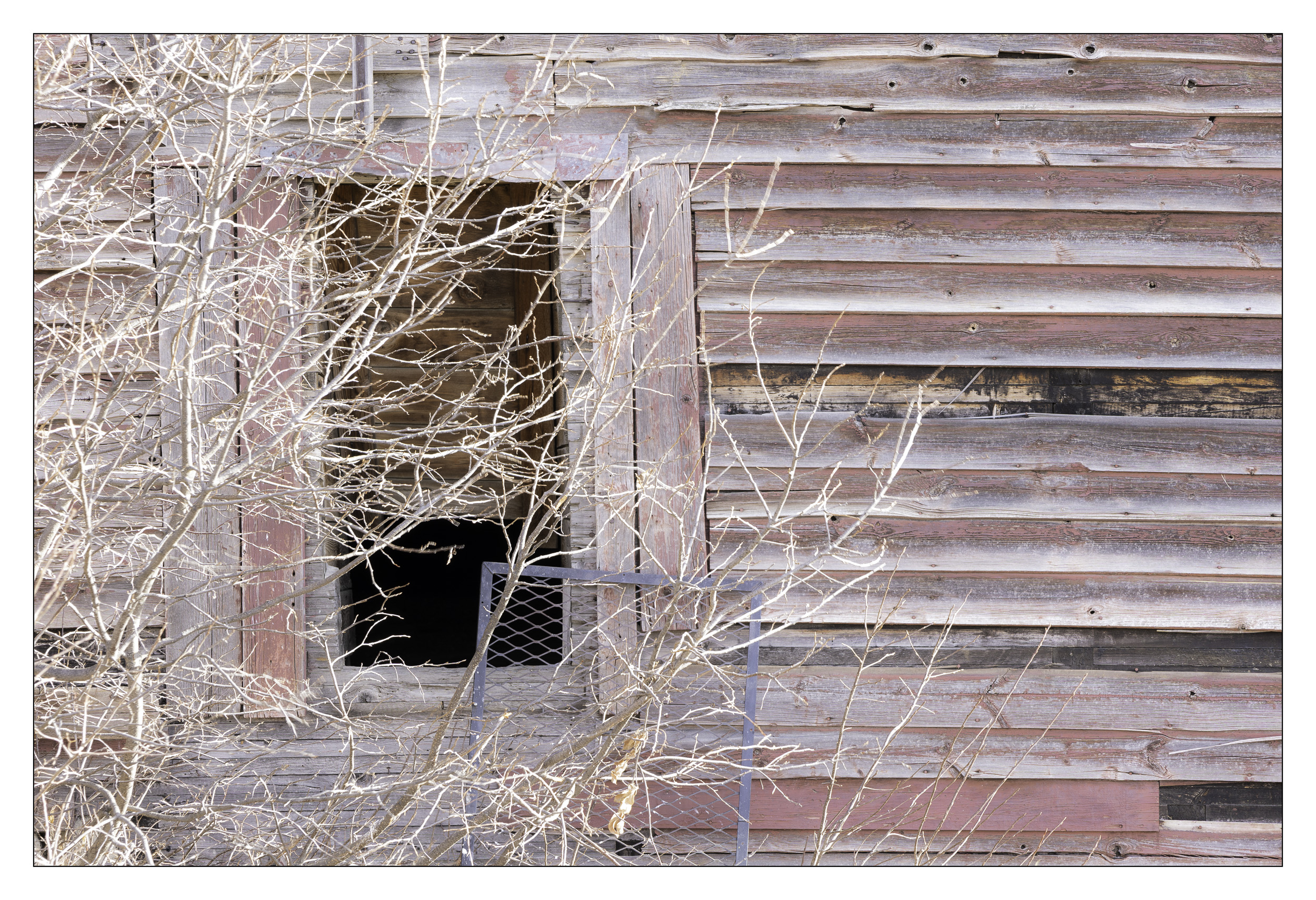 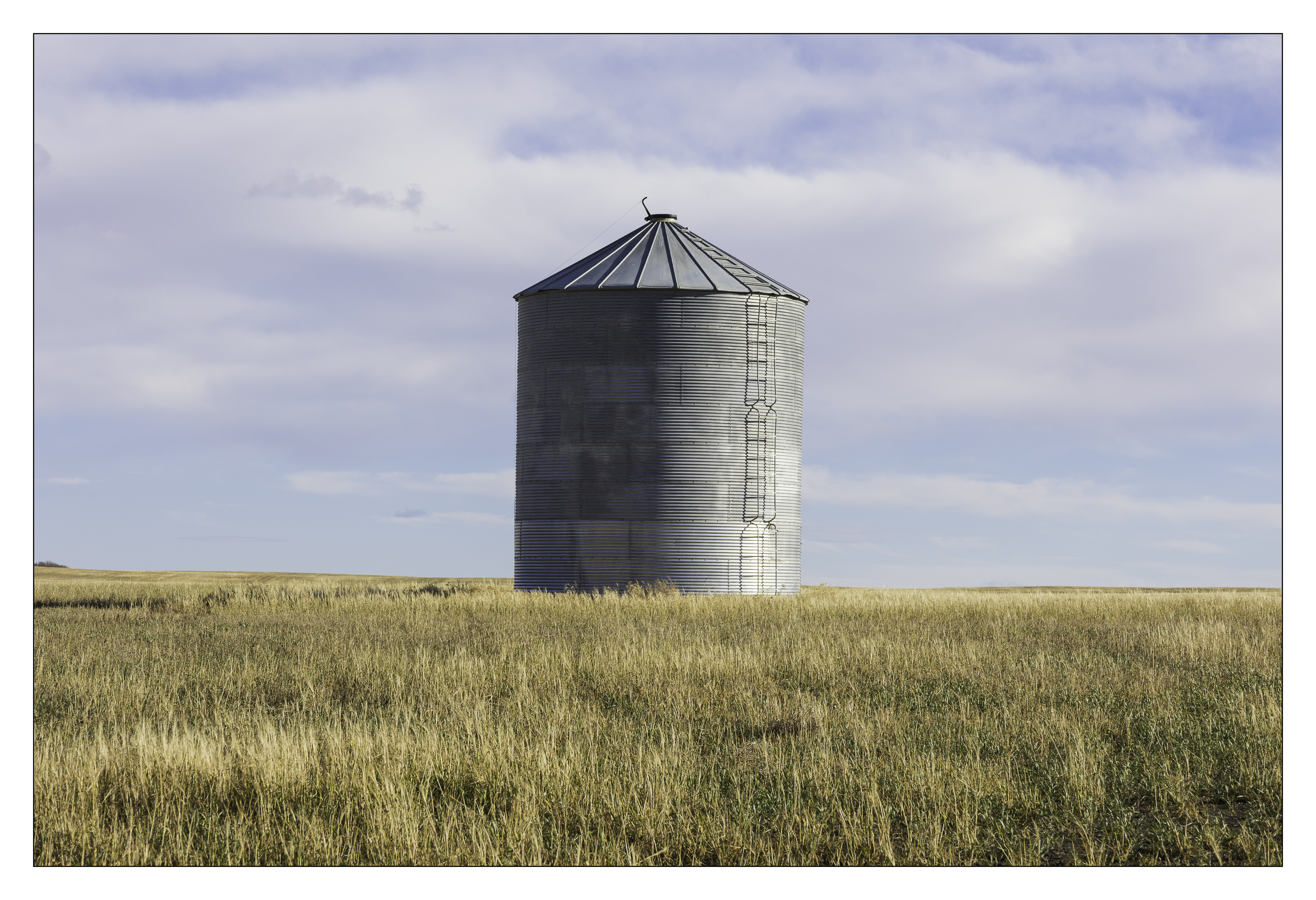 As always, all comments are welcome and sought.
Cheers, Sean

4 Replies to “Of Woo Woos and Cameras”