For Friday, I had set my mind on a drive-about out towards Little Bow Provincial Park. As I left the house I told April I would be 3 to 4 hours. 7 hours later I arrived home with over 2 dozen new locations captured, and I never got as far the park. Scouting is harder than it seems. It is so easy to slip away. I’ll drive past a roadside attraction, realize I’ve been absent for the past 2 km, reverse down a gravel road for 100 meters or so, and take an establishing shot. Yesterday I arrived at a relatively painless way to collect and present the results of my forays into the prairie landscapes. Yes, I know I could just record the places on google maps, but that is not satisfying. I use Google, but I am still fundamentally a paper guy. I now have a binder of nearly 40 poorly printed photos, with map references to accompany the 1:250000 maps. Many of the photos are captured with my phone. The photos don’t have to be good – they just have to be good enough to give me clues on why a particular location is worth a return trip.

Only a handful of photos survived the edit. Here are three where Friday’s hazy light, to my mind, adds to the photo.

Photo 1  There is a cafe behind me. As I was setting up my tripod, the young cook from the cafe came outside to chat. The lunch bunch had not yet arrived, and he was curious about what I was doing and I why. We chatted. I told him I was on a drive-about looking for locations. He told me that down the road in Mossleigh, the people who run Aspen Crossing had just embarked on a new project to bring an old steam engine back to life. I ordered what turned out to be a delicious beef and bacon clubhouse to go. My truck looks down-market country but I felt like I was obviously city folk, when I asked for sparkling water. Sprite was available and fine.
Photo 3 There are bullet holes in the sign. 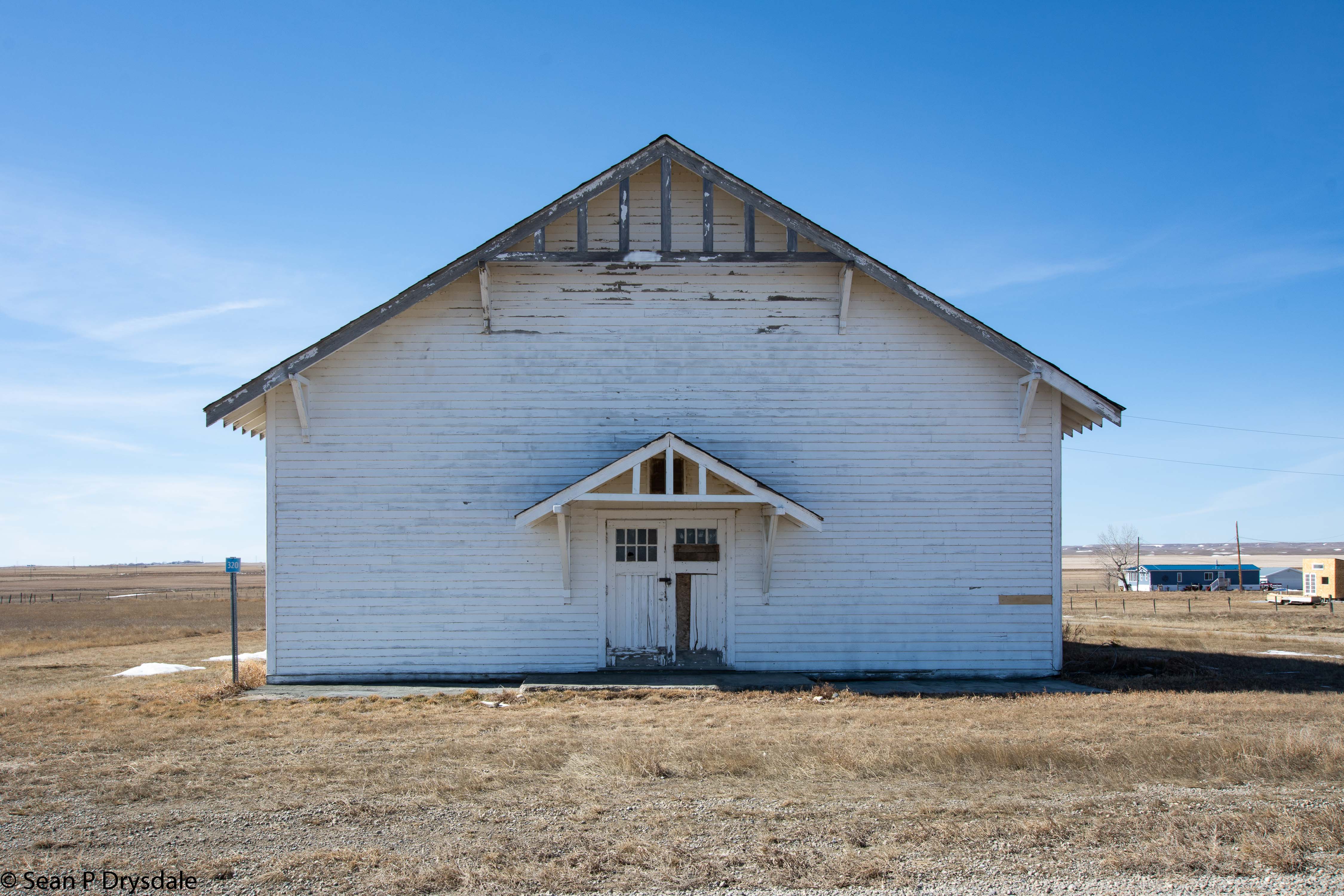 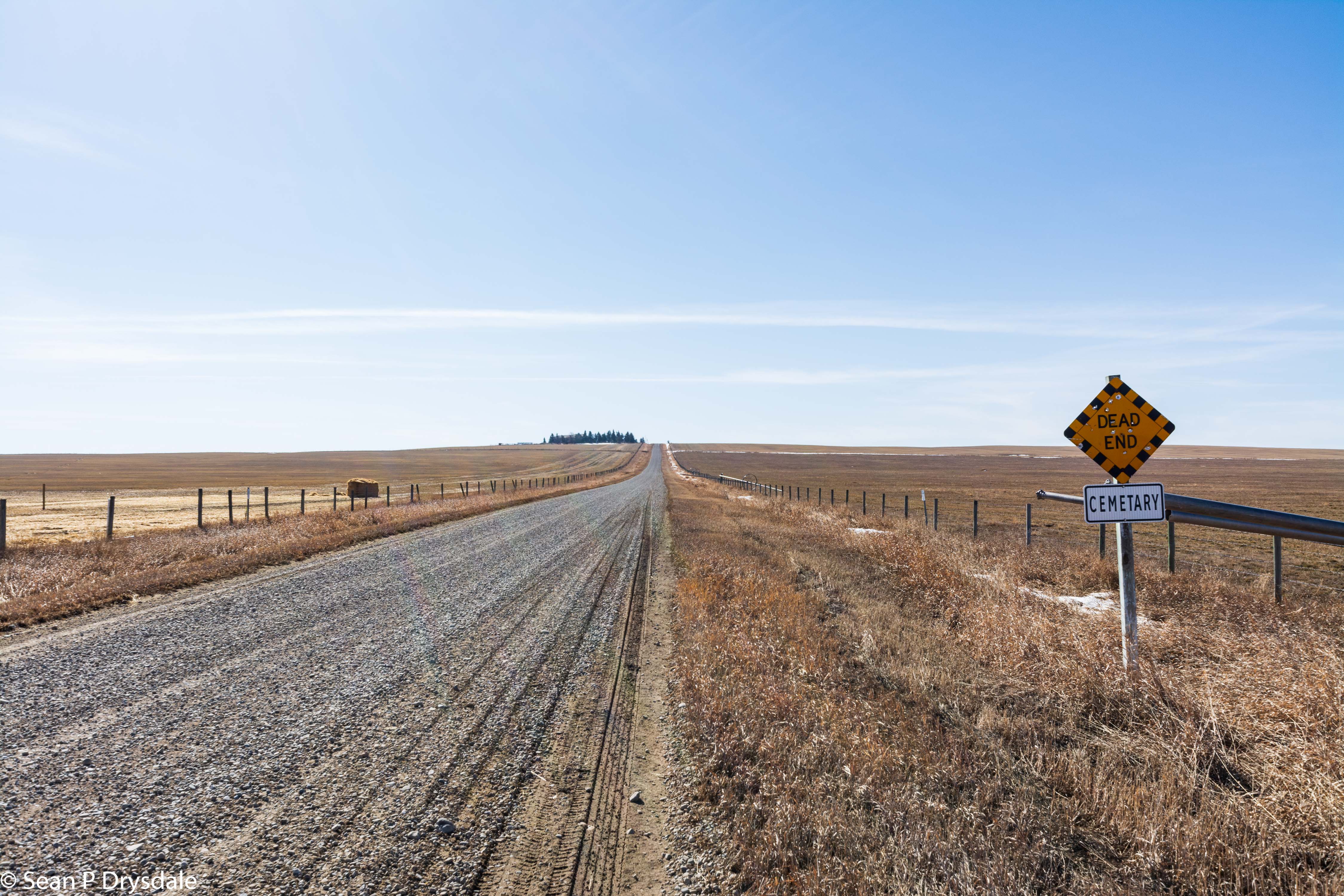