Dear Reader,
You may want to grab a mug, or a bottle – this could take a while. Today is a continuation of my last post “Return to Gleichen“. In that post I introduced a dozen uncleaned fish. One of the fish was infected with a parasite and had to be tossed. I tried dressing it and putting lipstick on it. Even though it looked like a good fish, it was just a piggy – no market for you.

The remaining fish are presented as pairs – raw fish followed by cleaned fish. The tools I use for cleaning fish are Lightoom, The Nix suite, and very rarely Adobe Photoshop when I want to remove something. Silver Efex Pro is from the Nix Suite and is wonderful for working with black and white images. Analog Efex Pro is also from the Nix suite and it is used to emulate old film, complete with flaking paper. Colour Efex Pro is another Nix tool and is used for bringing out detail.

The first pair of images is in response to a curiosity Keith had. First, I went too far in the post processing department, and then dialed it back to something that wasn’t too garish. I used both Colour Efex Pro and Lightroom. I am undecided with the result. The image gets 3 stars because it does not merit 4. Score: 1 piggy; 1 – 3 star. 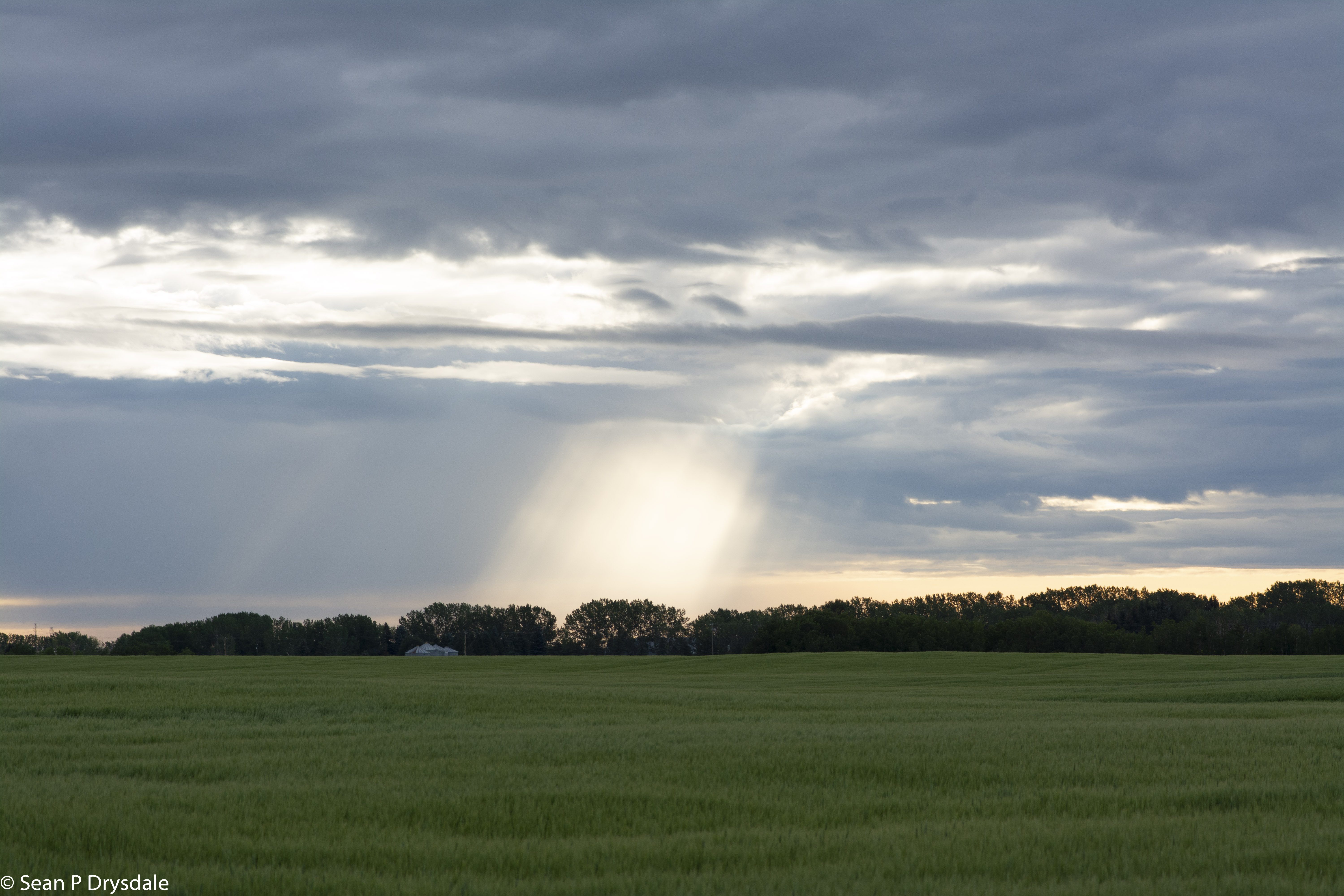 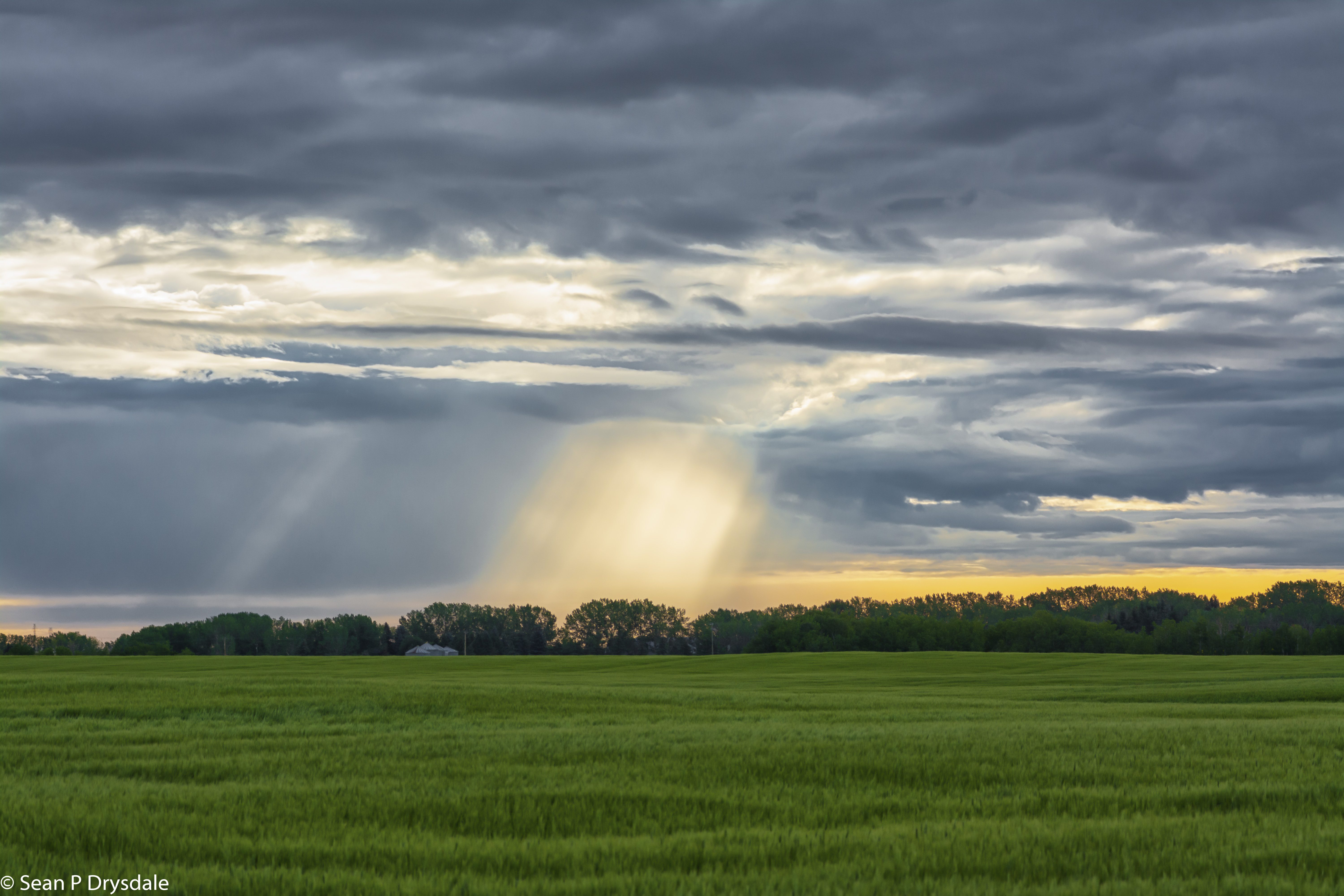 In the following quartet of pairs, the adjustments included applying the landscape colour profile, changing the aspect ratio on two of them to 16 x 9, selective sharpening, and minor dehaze and clarity changes. I am pleased with all of them, and especially pleased that there is at lest one new addition to the thin line series, and possibly a second addition. Score: 1 piggy; 1 – 3 star, 4 – 4 star. 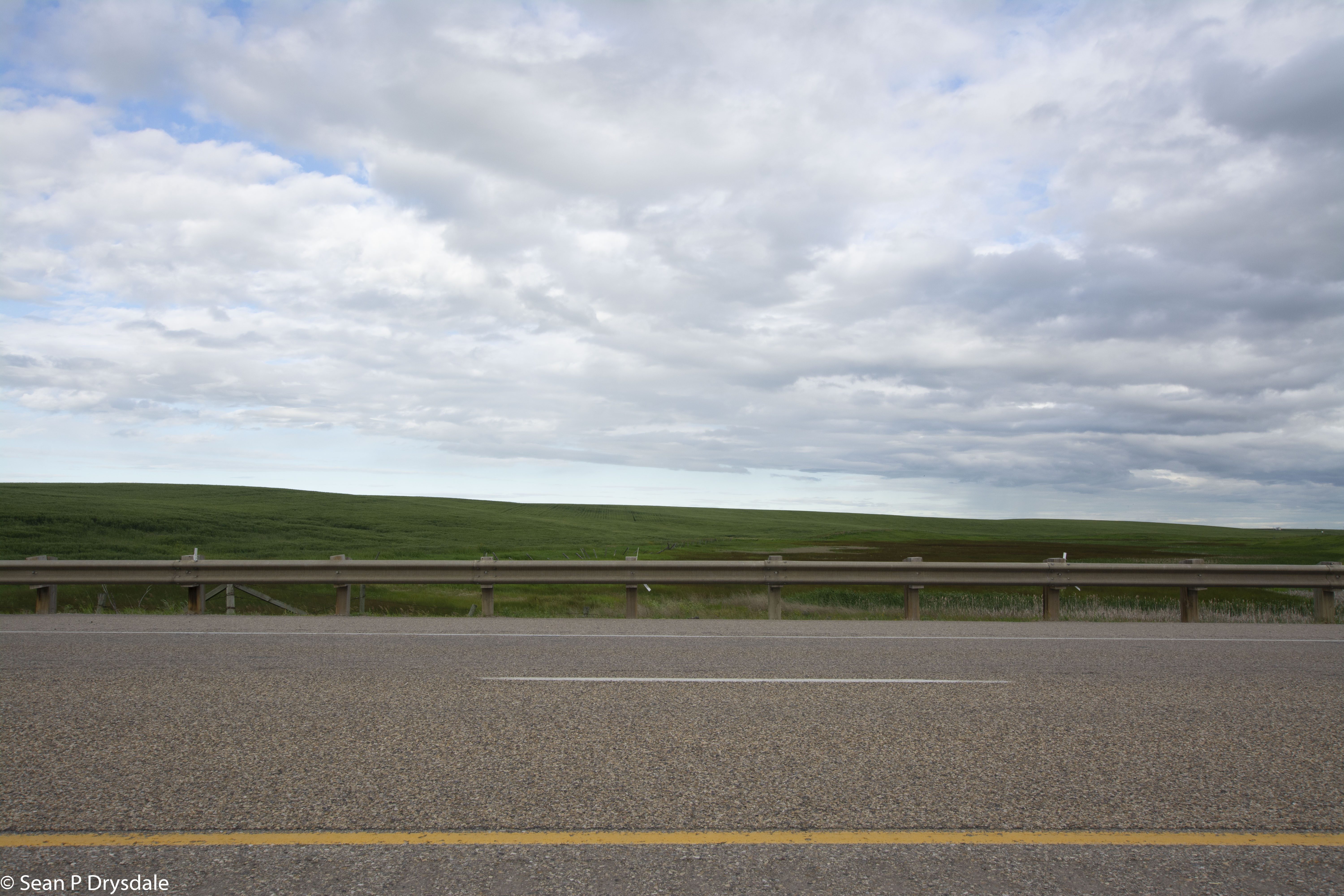 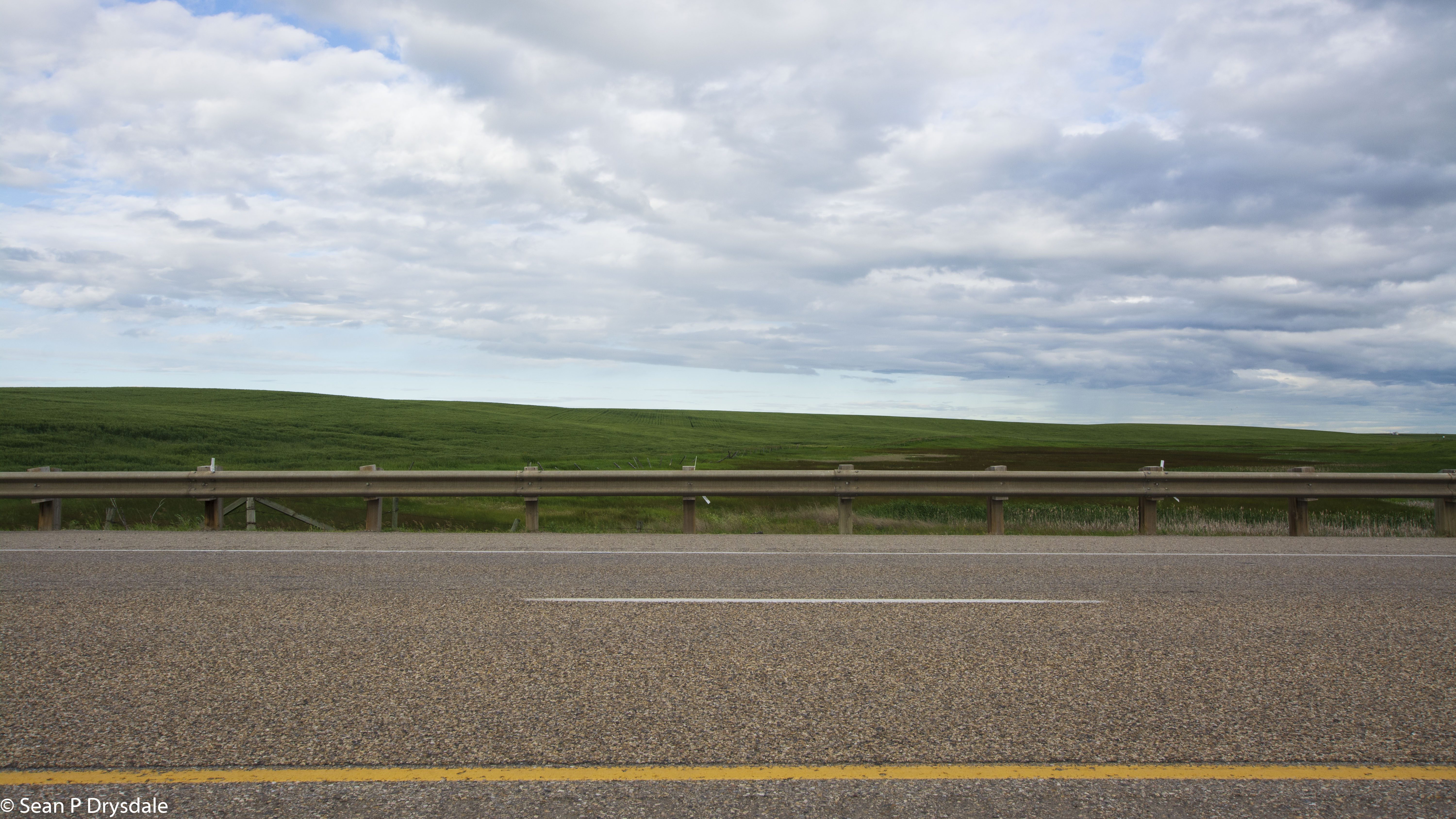 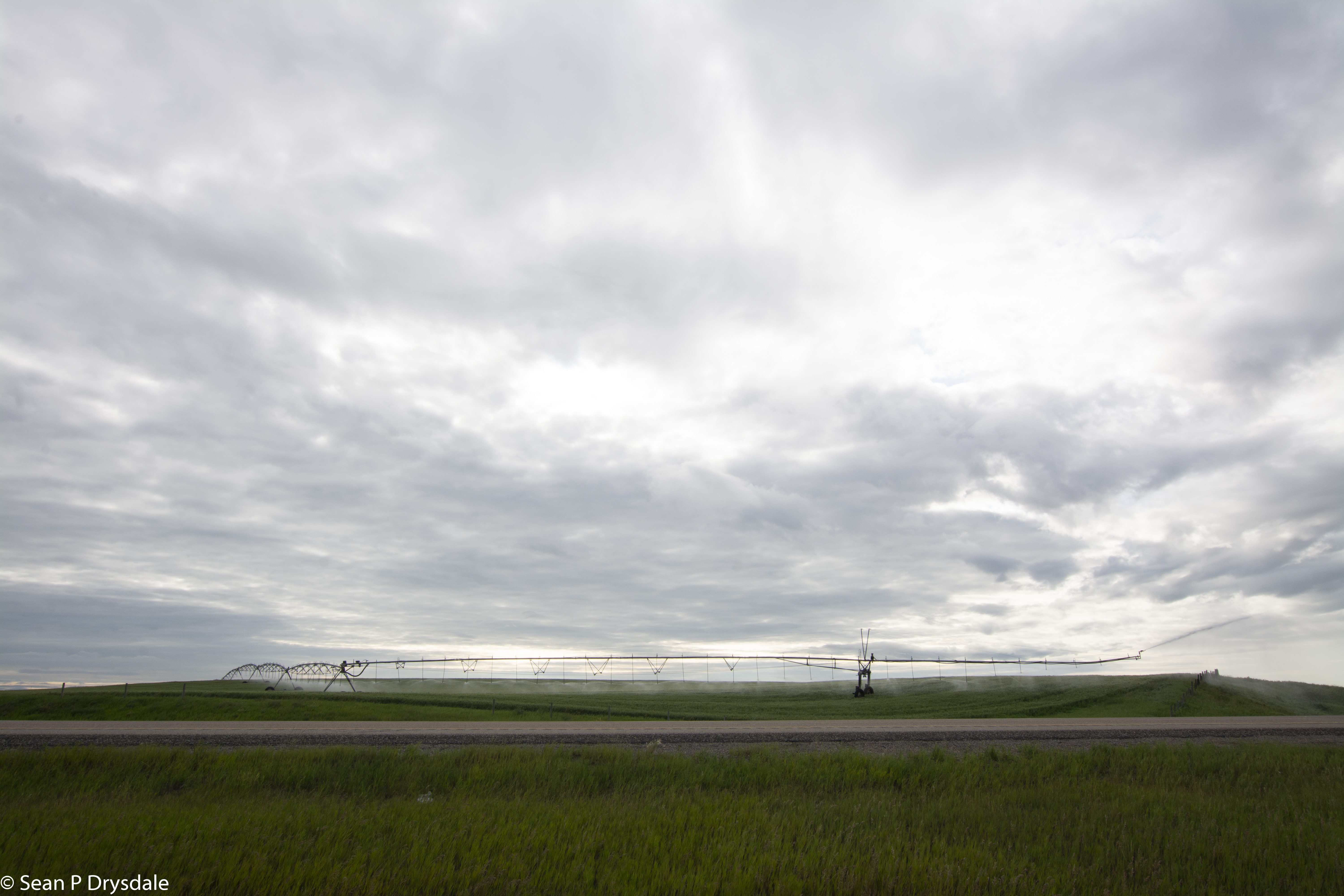 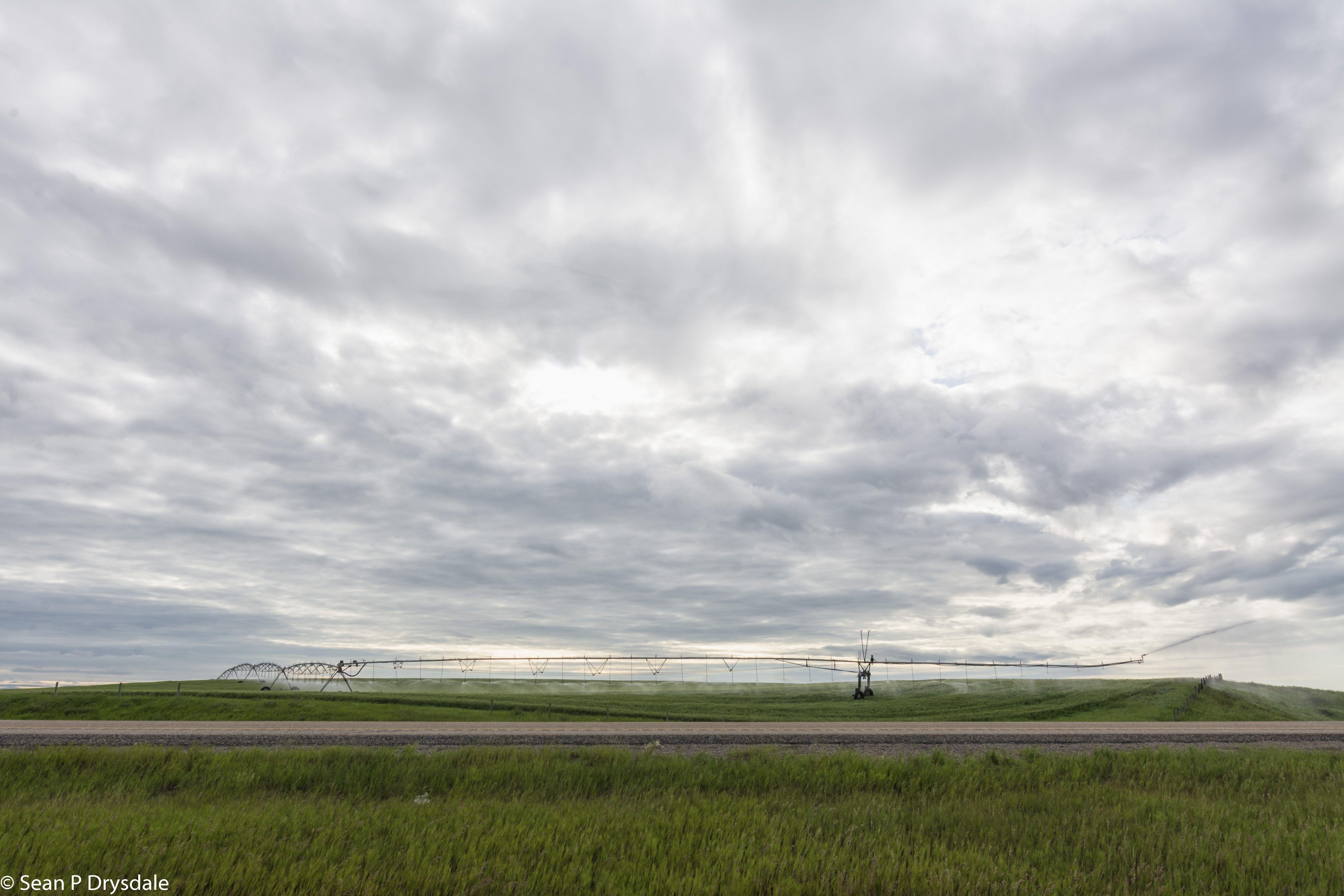 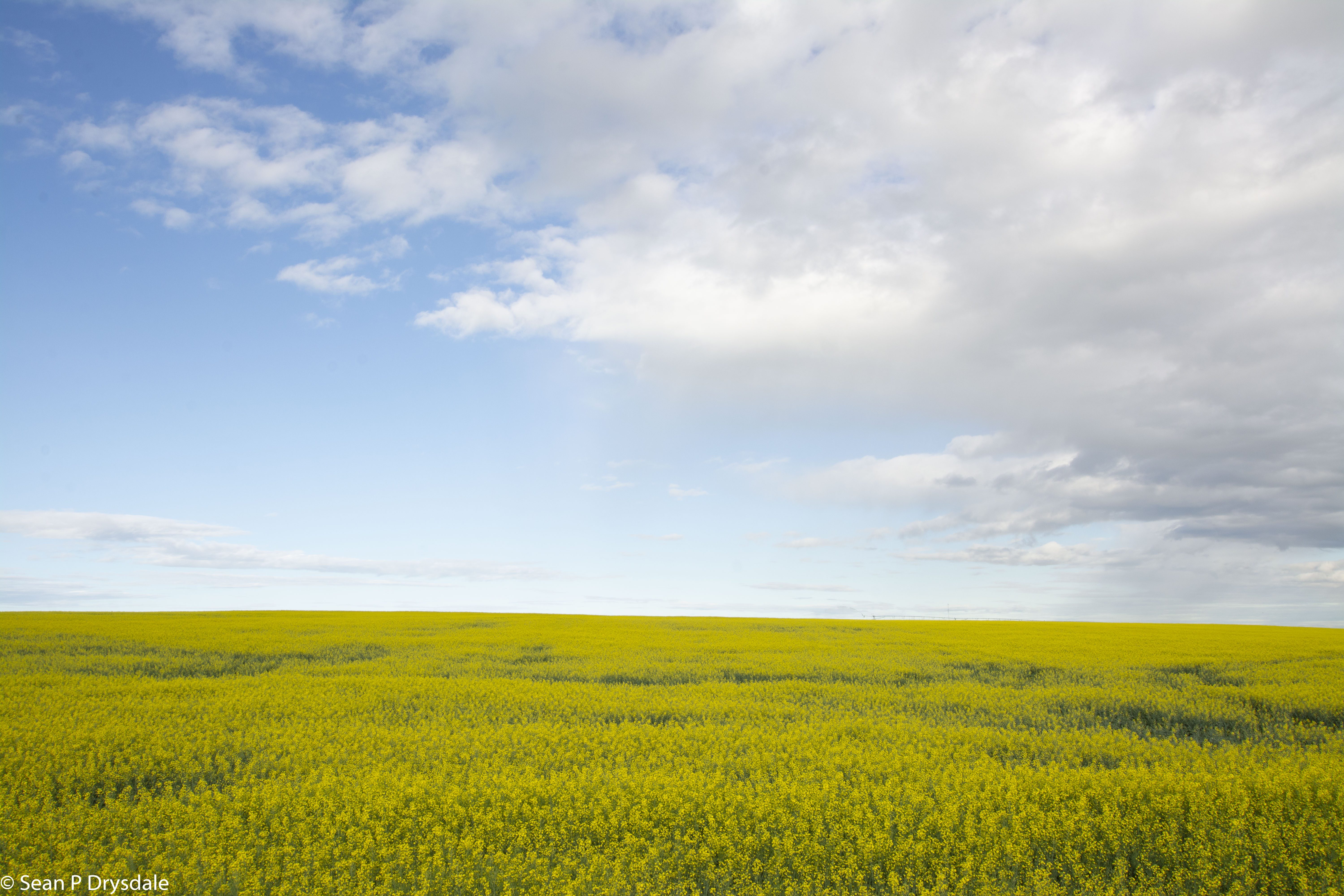 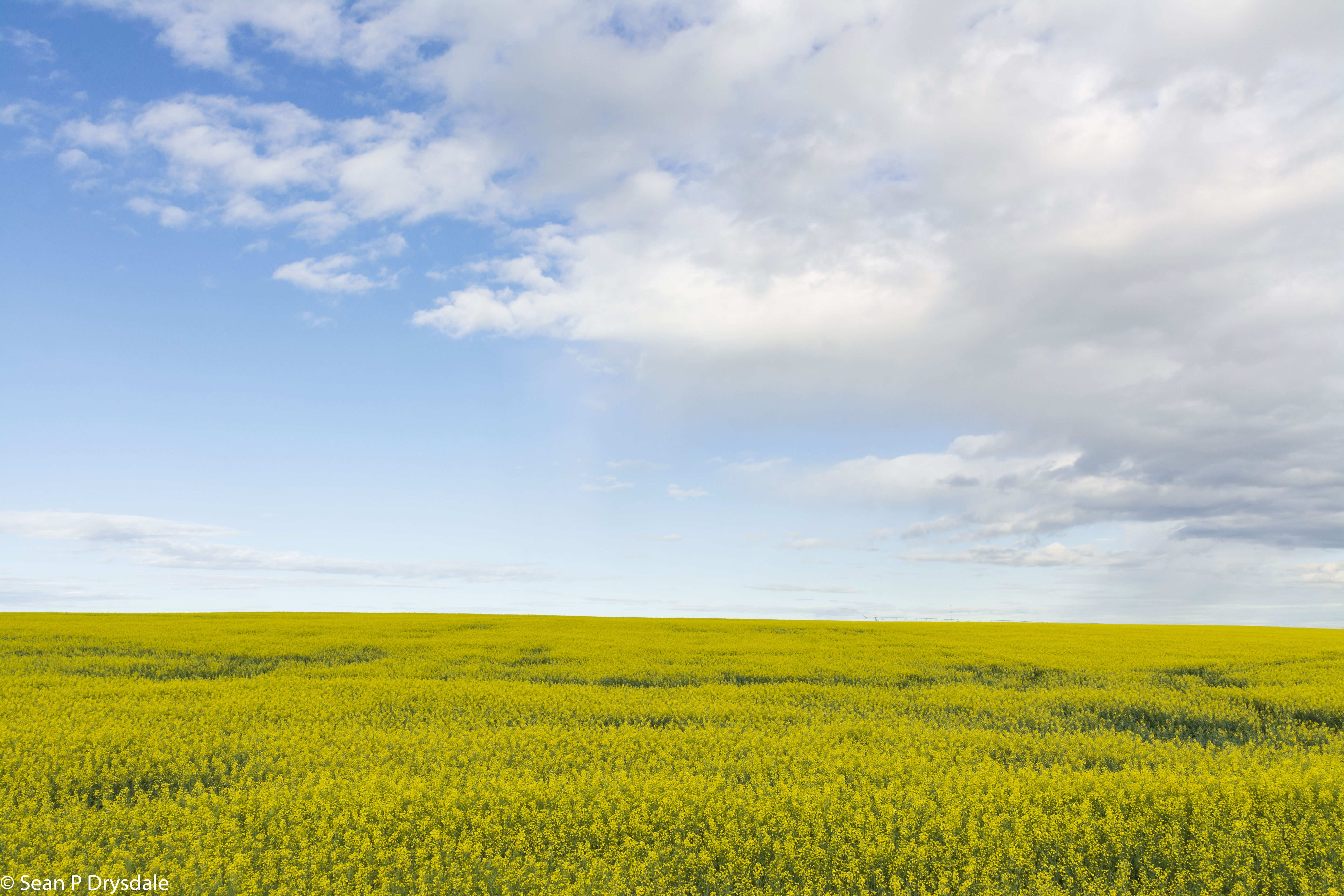 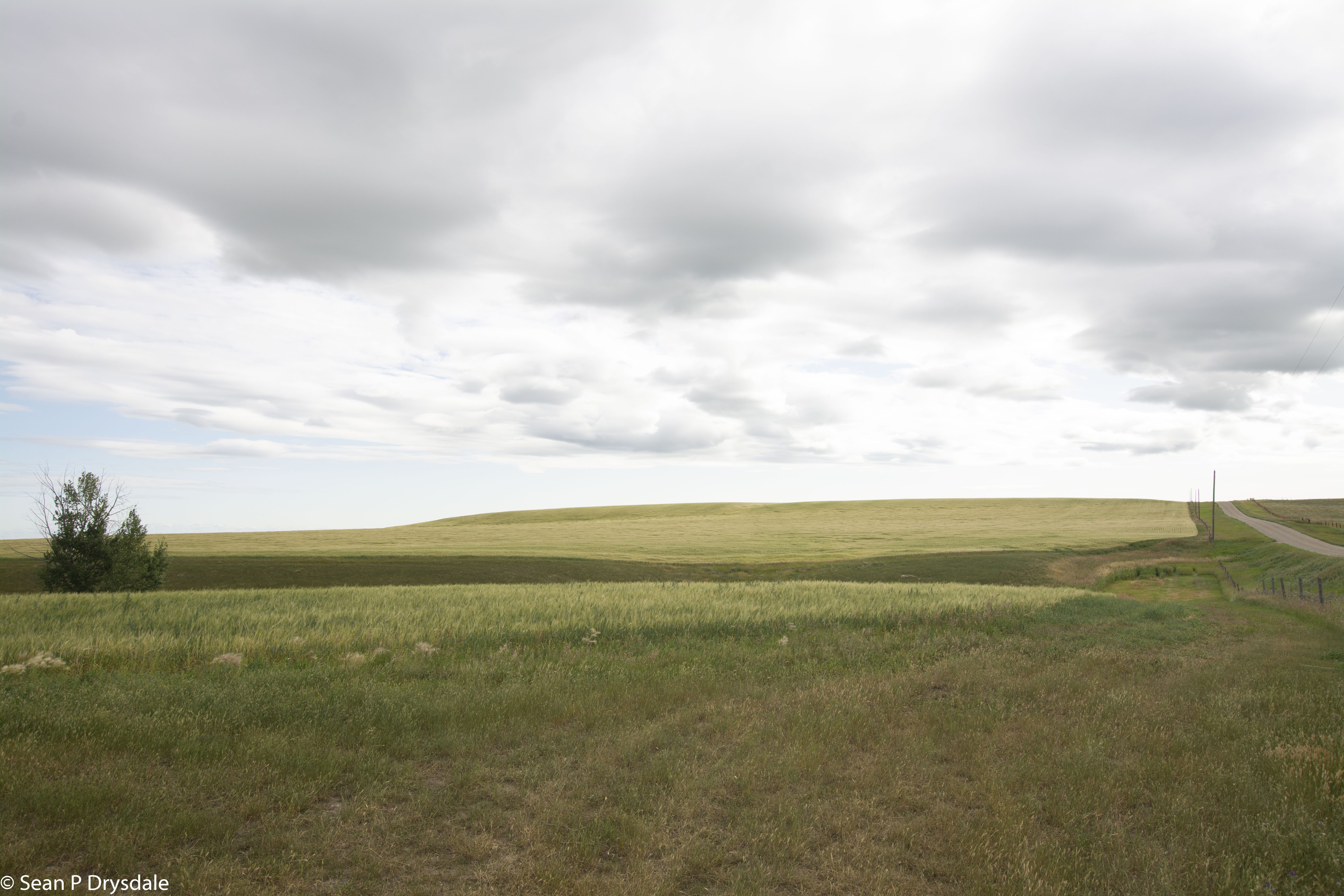 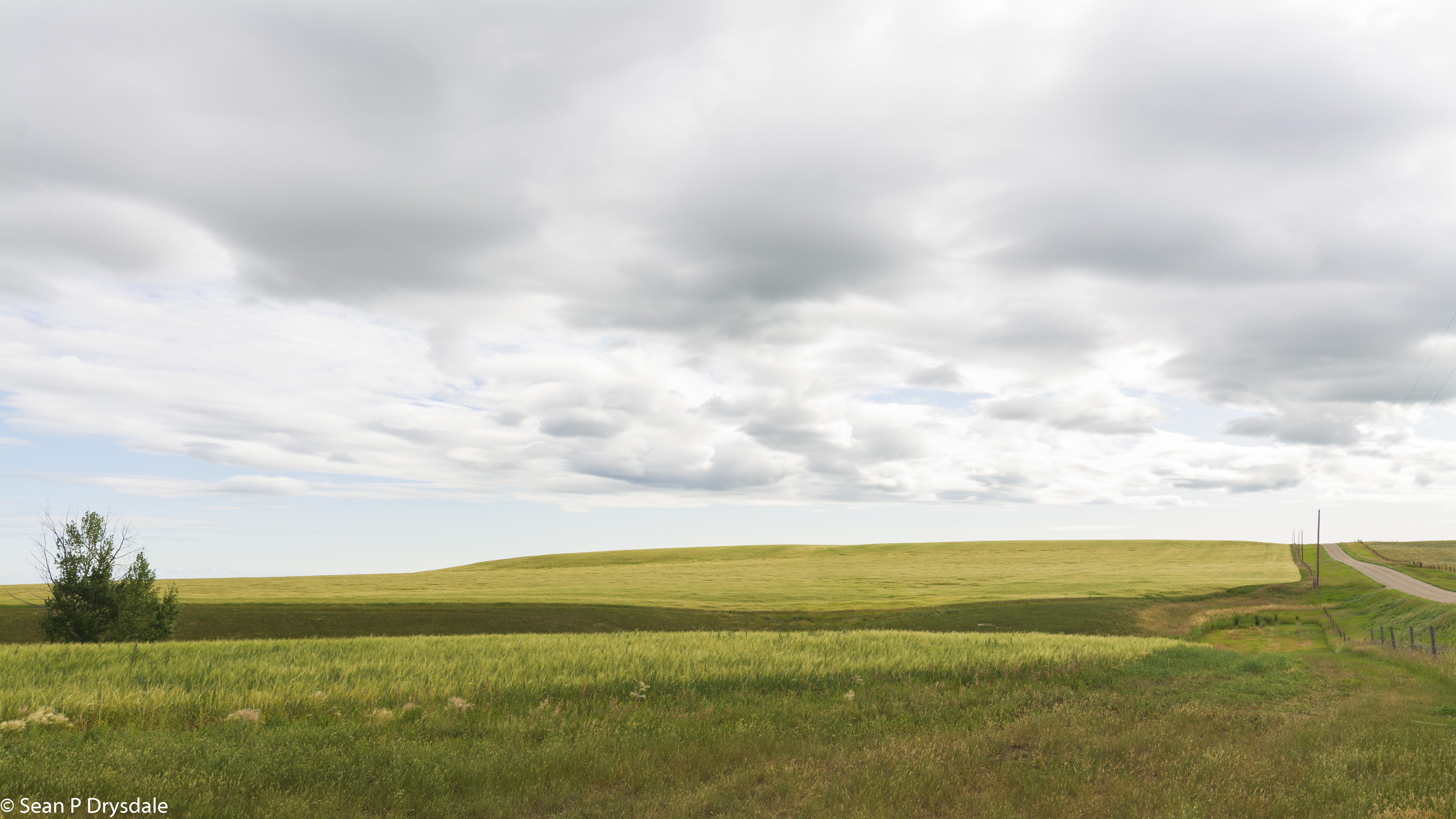 On these next two pairs my photographic and processing intents were unclear. For fun I played around with Analog Efex Pro. The results get experiment points, but because my intent was vague at best, the final images leave me neutral. There is not enough, too much, lighting isn’t flat enough, no heart. Score: 3 Piggies; 1 – 3 star; 4 – 4 star. 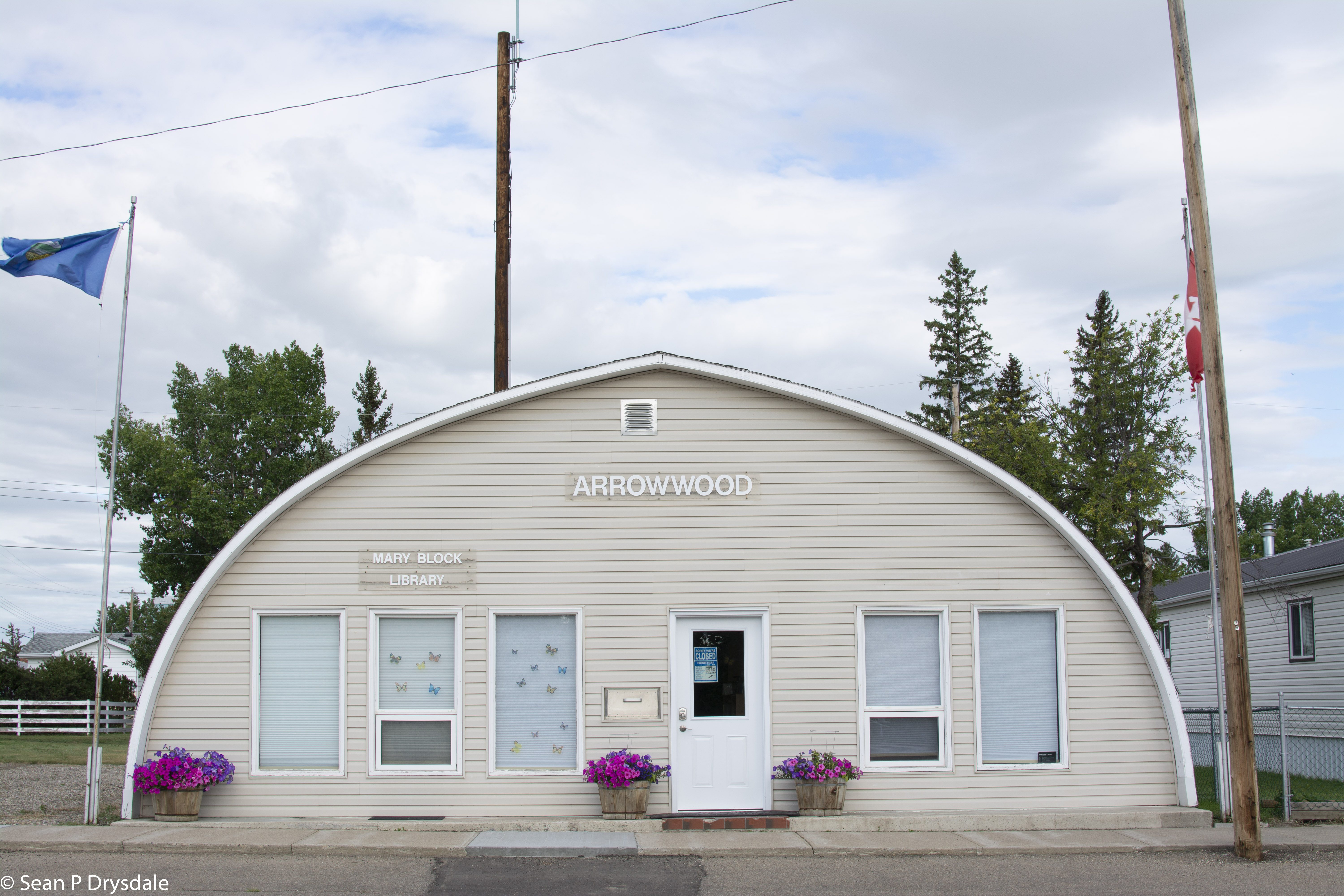 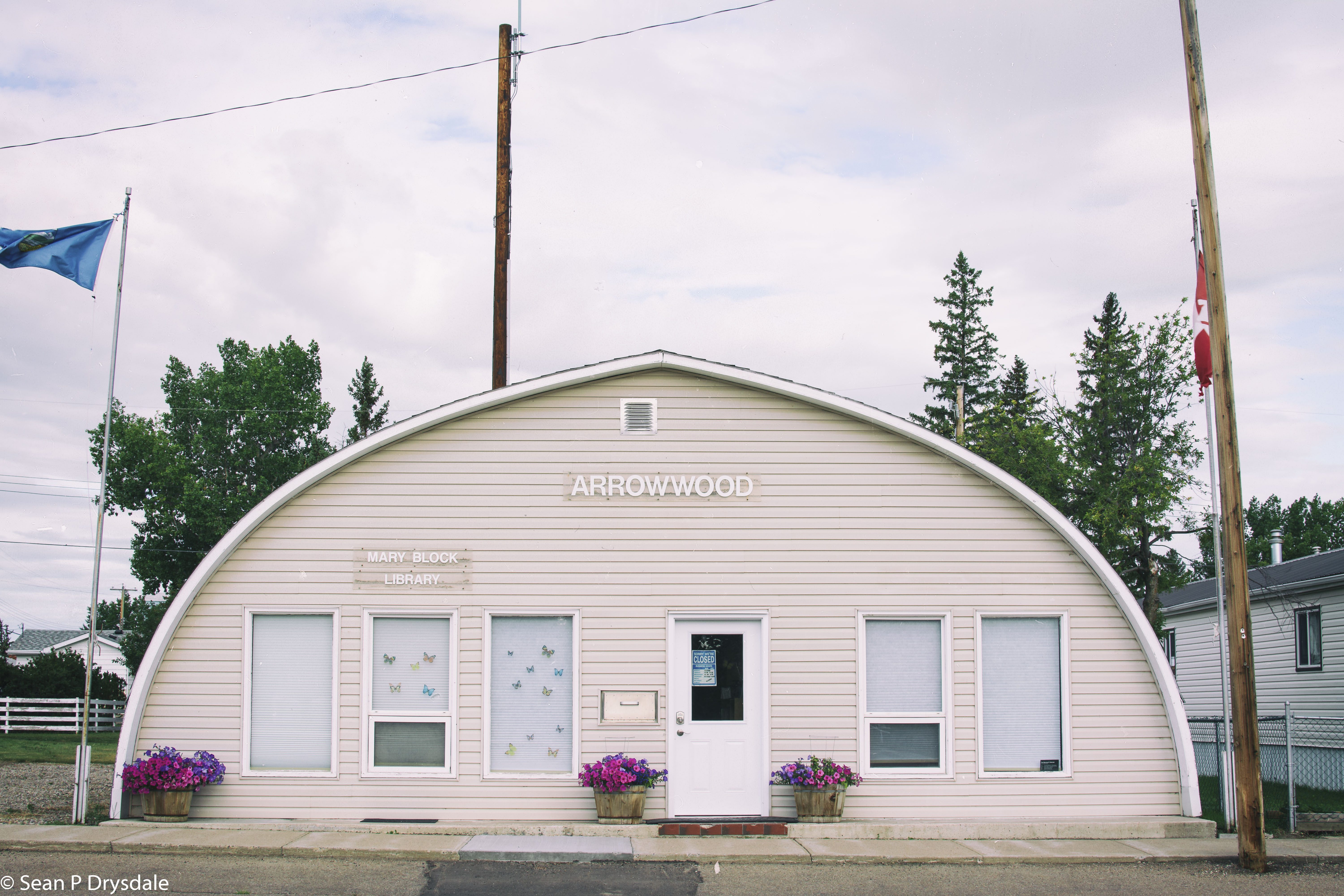 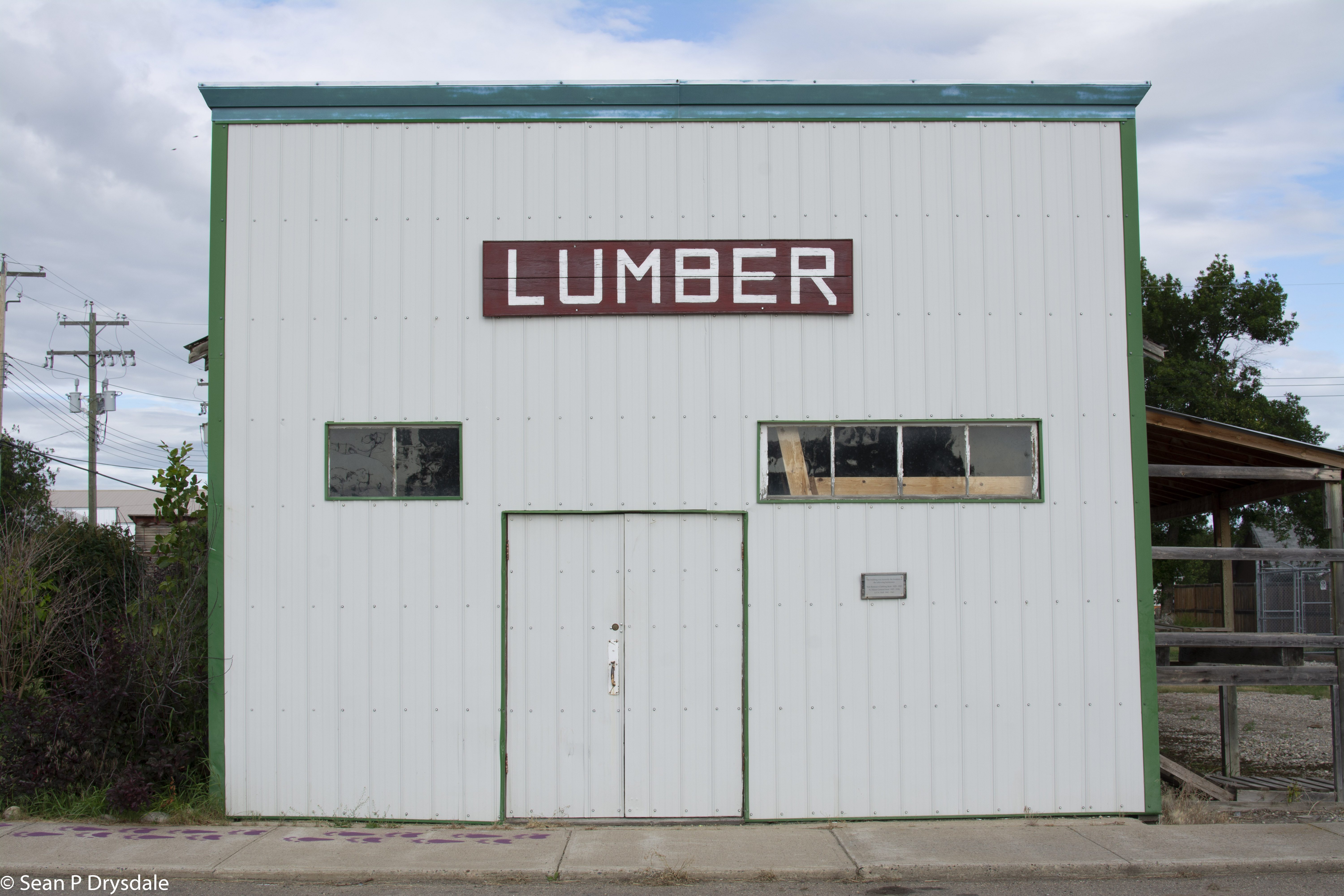 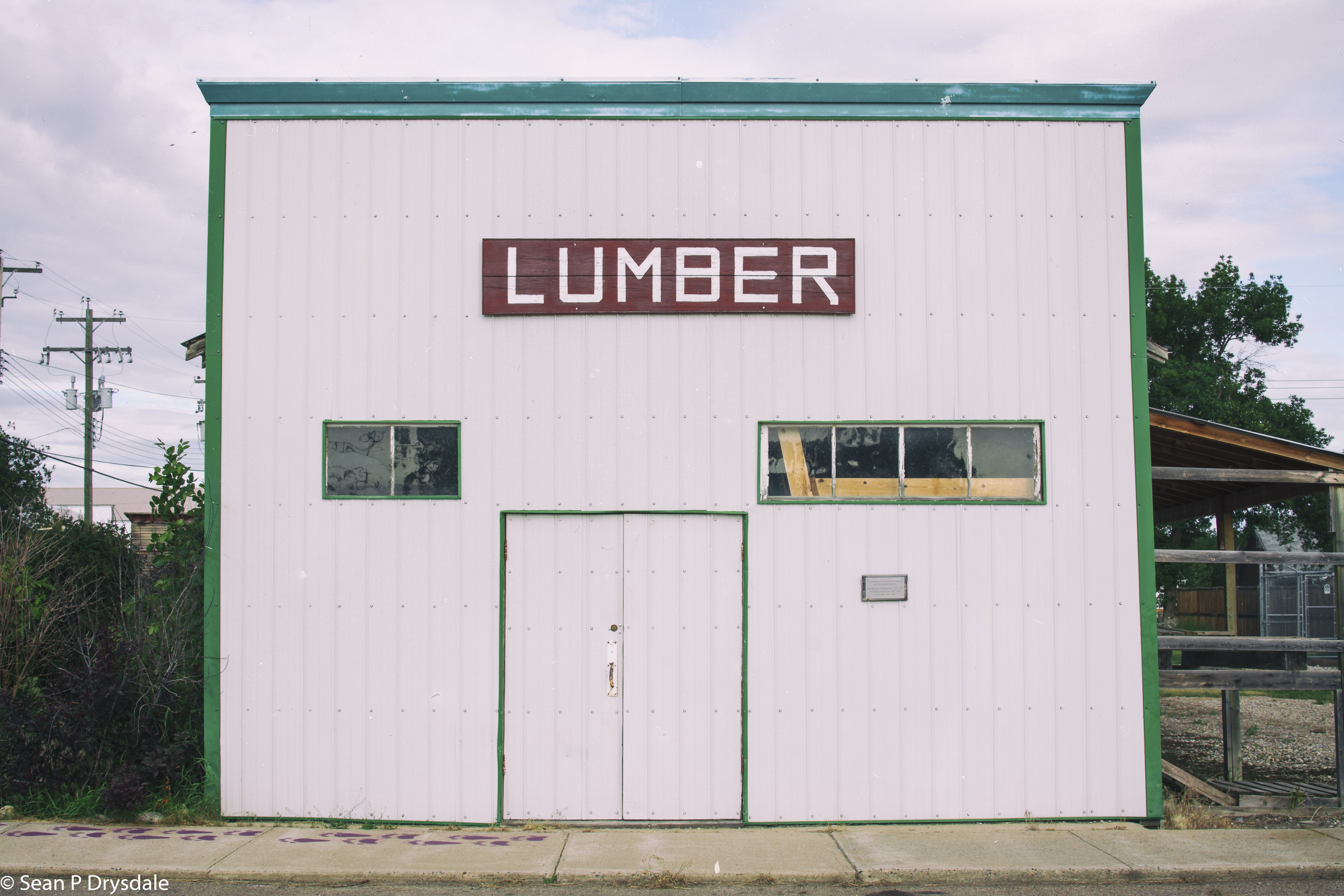 On these next three pairs there were a range of adjustments They included applying the landscape colour profile, selective sharpening, minor dehaze and clarity changes, and Silver Efex Pro for the black and white one. The bee hive photo from a previous Gleichen ramble now has a buddy, and that makes me smile. The black and white image nearly didn’t make it. But once the distracting red was out, the image was much better.
Score: 3 Piggies; 1 – 3 star; 7 – 4 star. 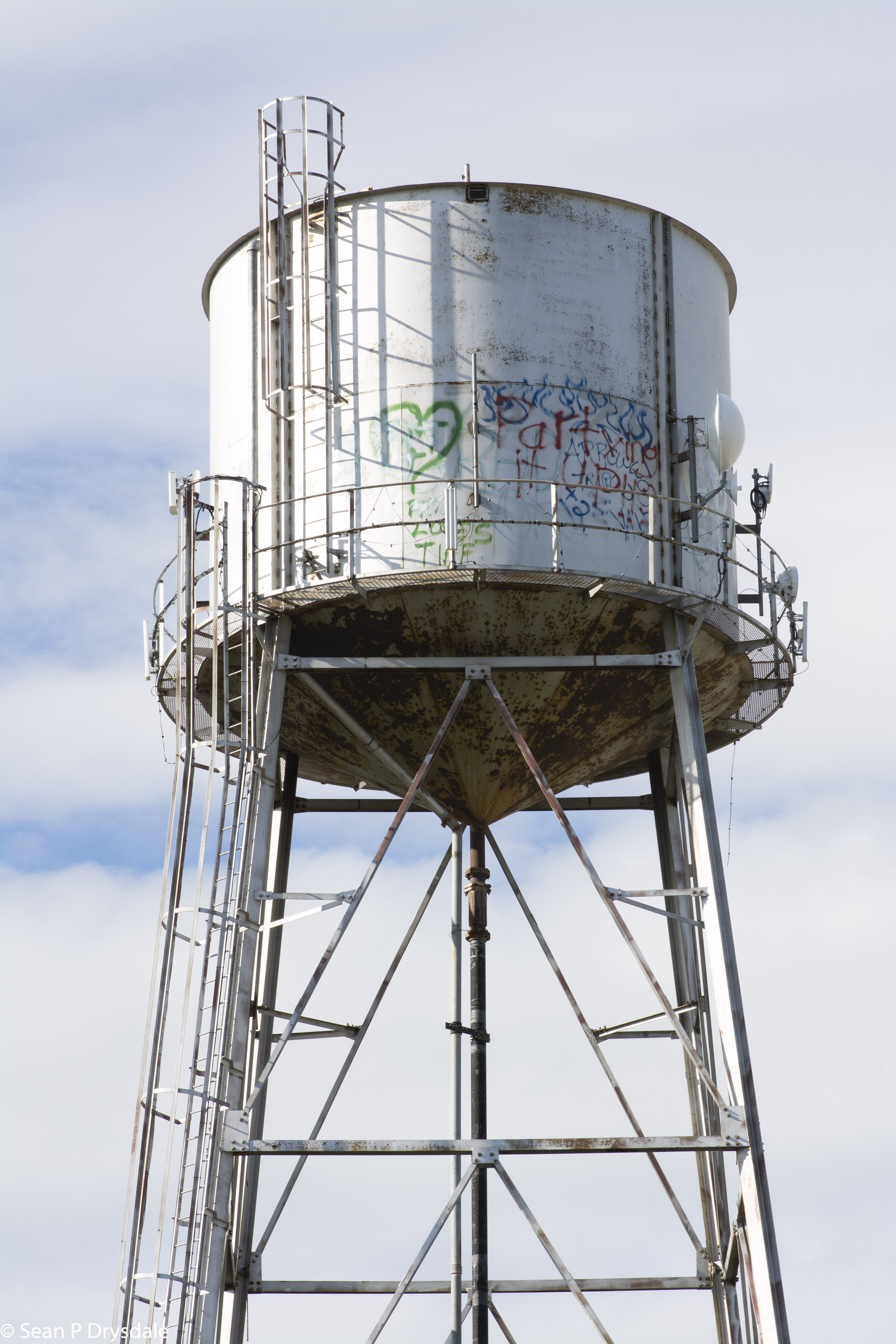 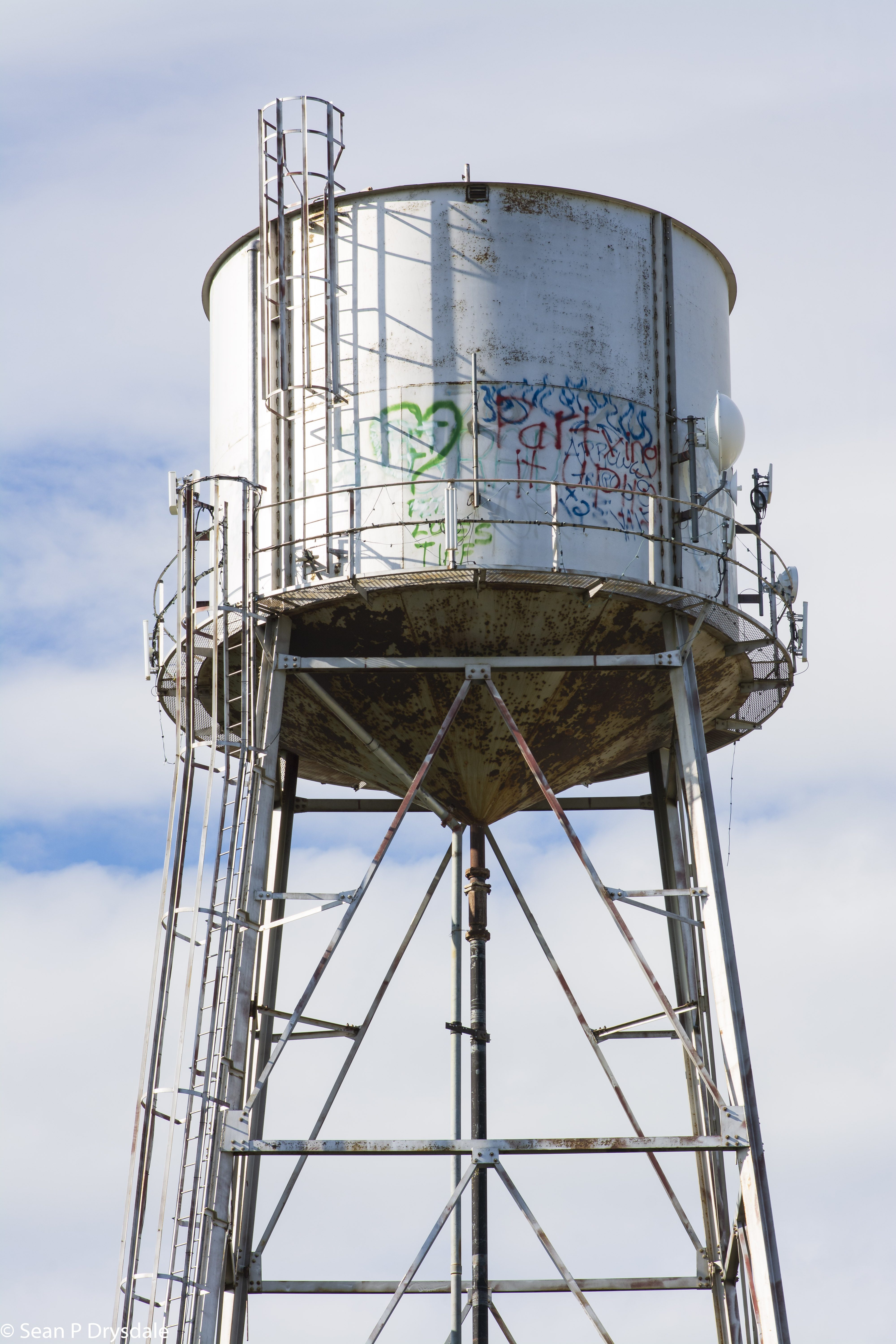 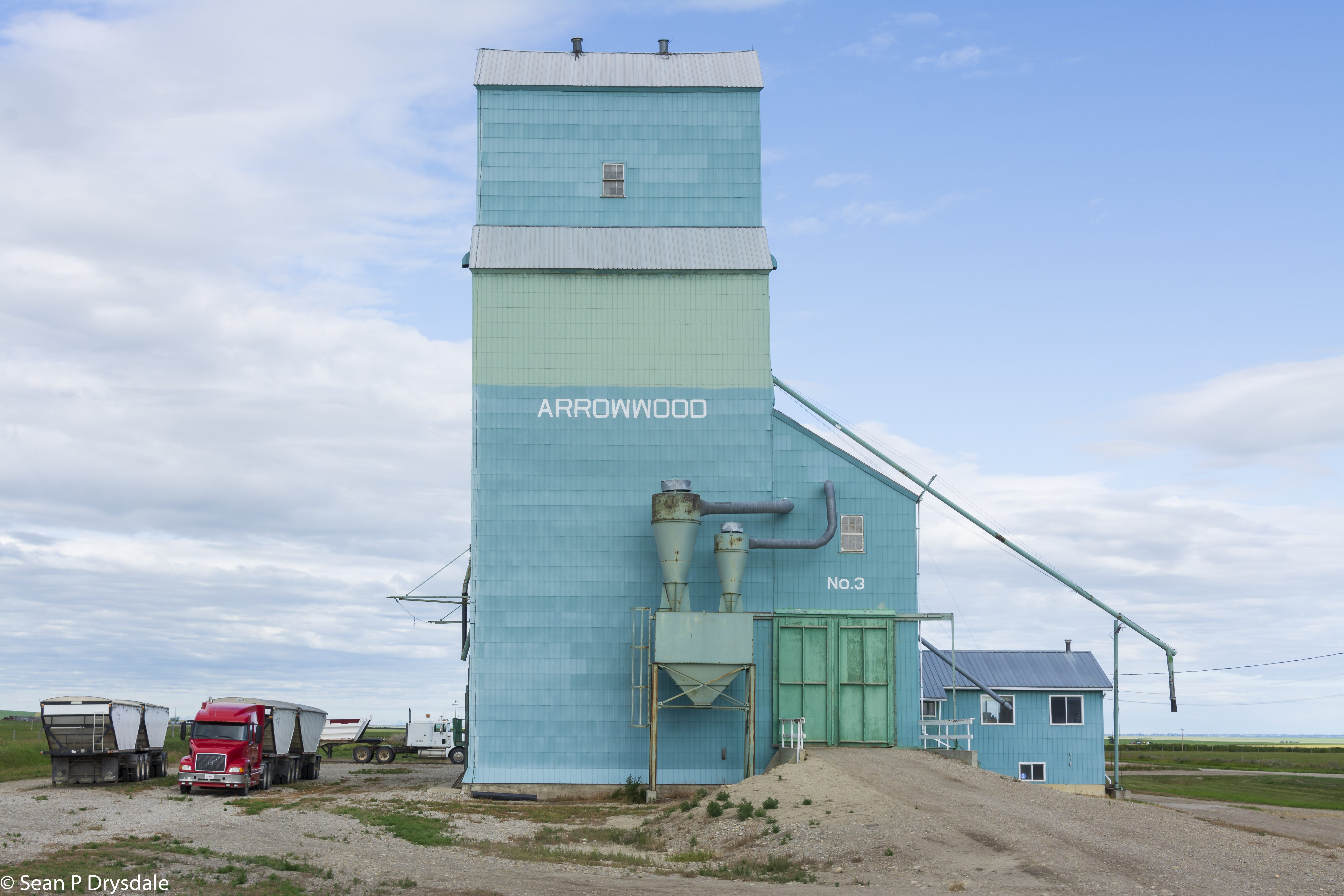 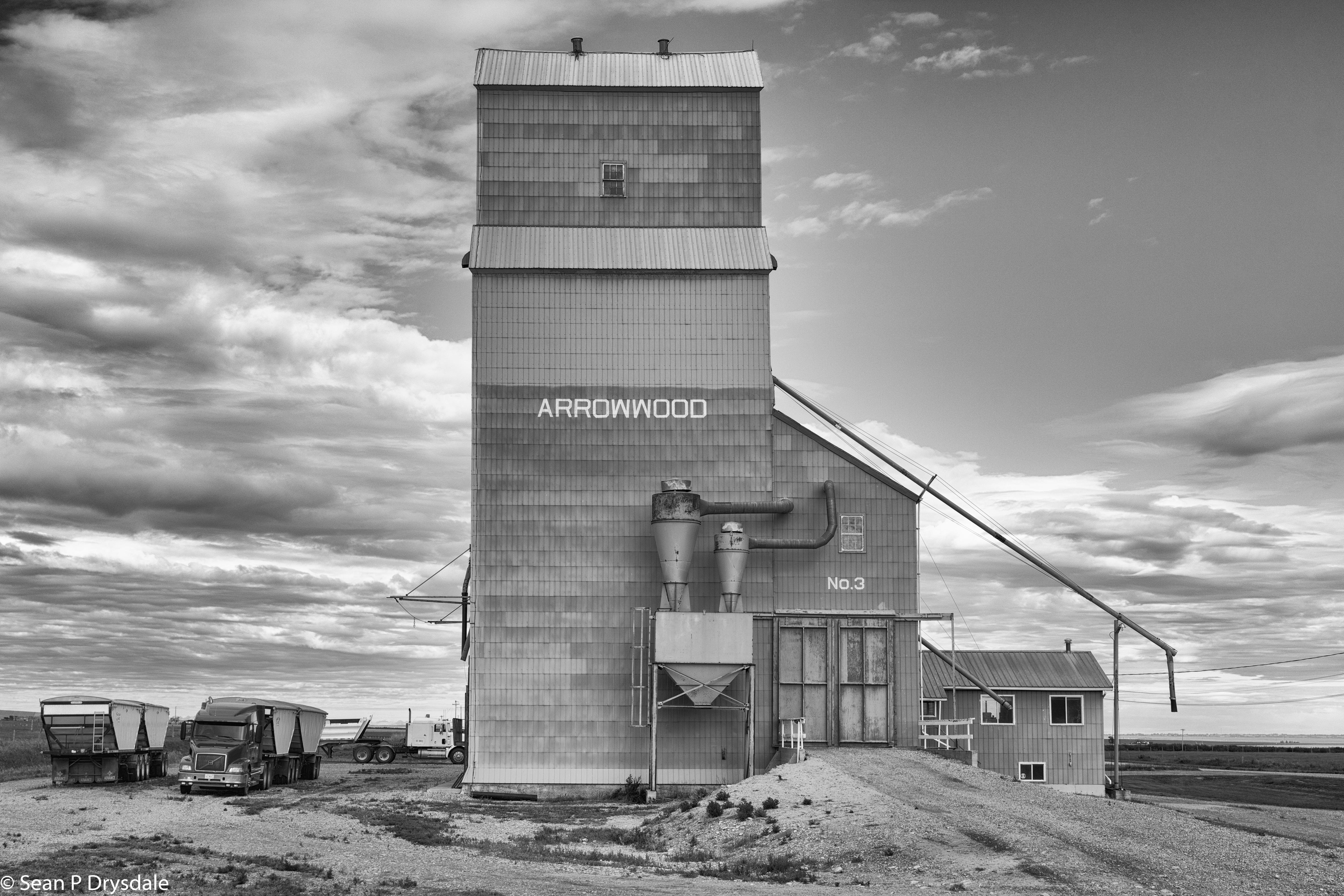 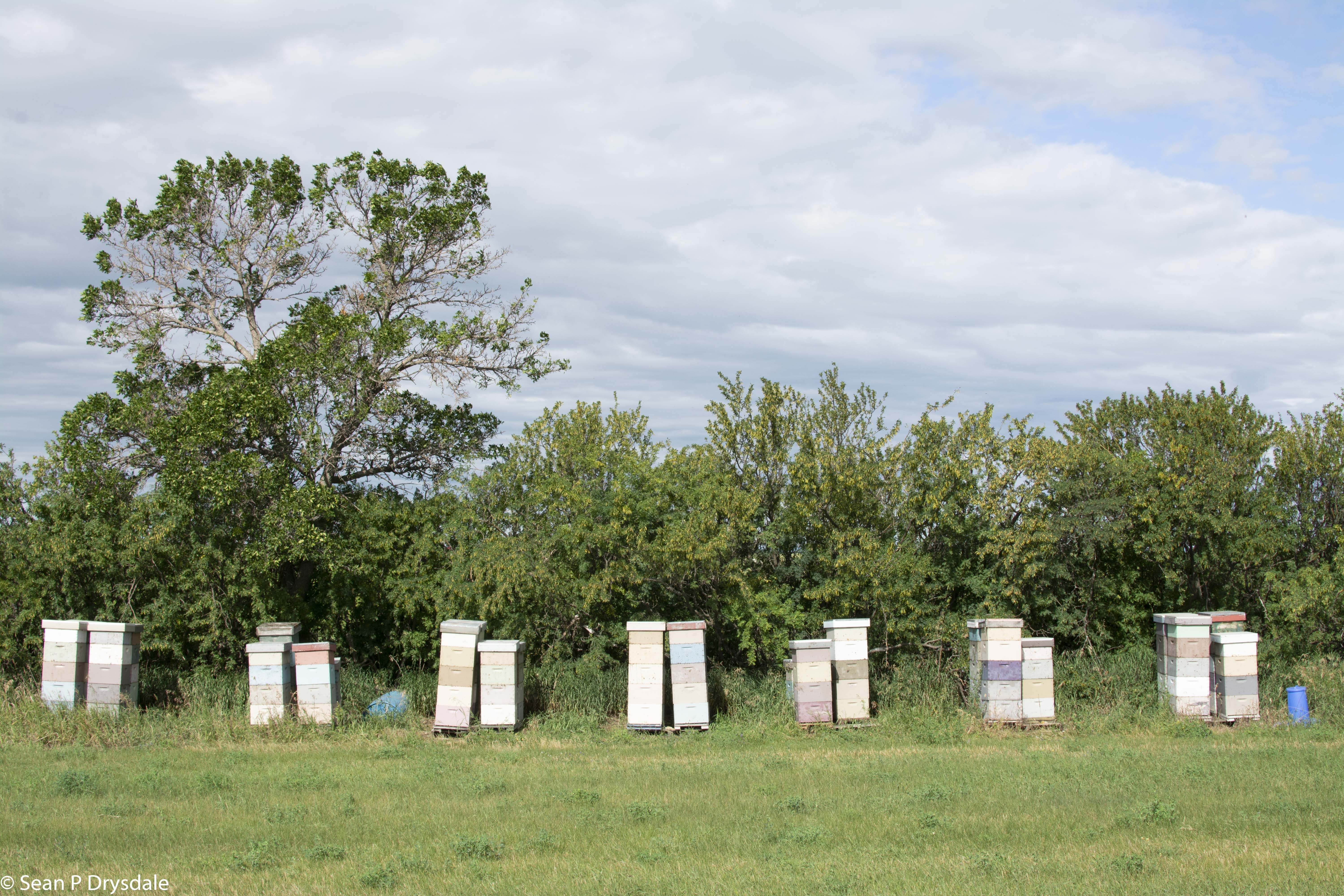 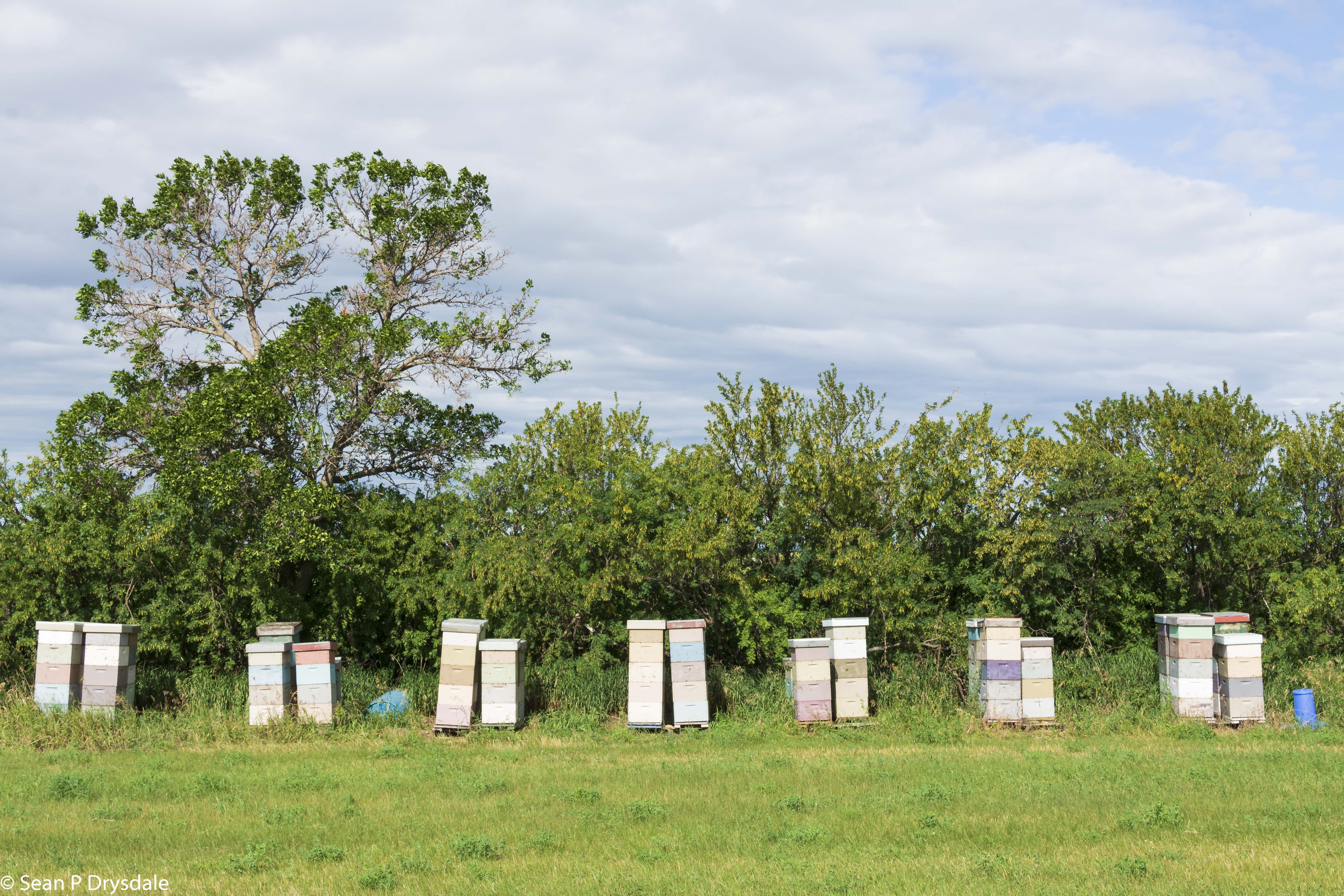 A fishing trip begins with a particular cove in mind, and I rarely get as far as the intended bay. There is also in the back of my mind a list of ongoing collections, for which I am on the lookout. Silos is one of those collections. At the time of capture, I thought the next image might be a 5. A few light touches later, my initial thought was confirmed. Score: 3 Piggies; 1 – 3 star; 7 – 4 star; 1 – 5 star (yeah me). As a general trend the number of piggies is a little high, and 5’s are just so very rare. It was a very good fishing trip. 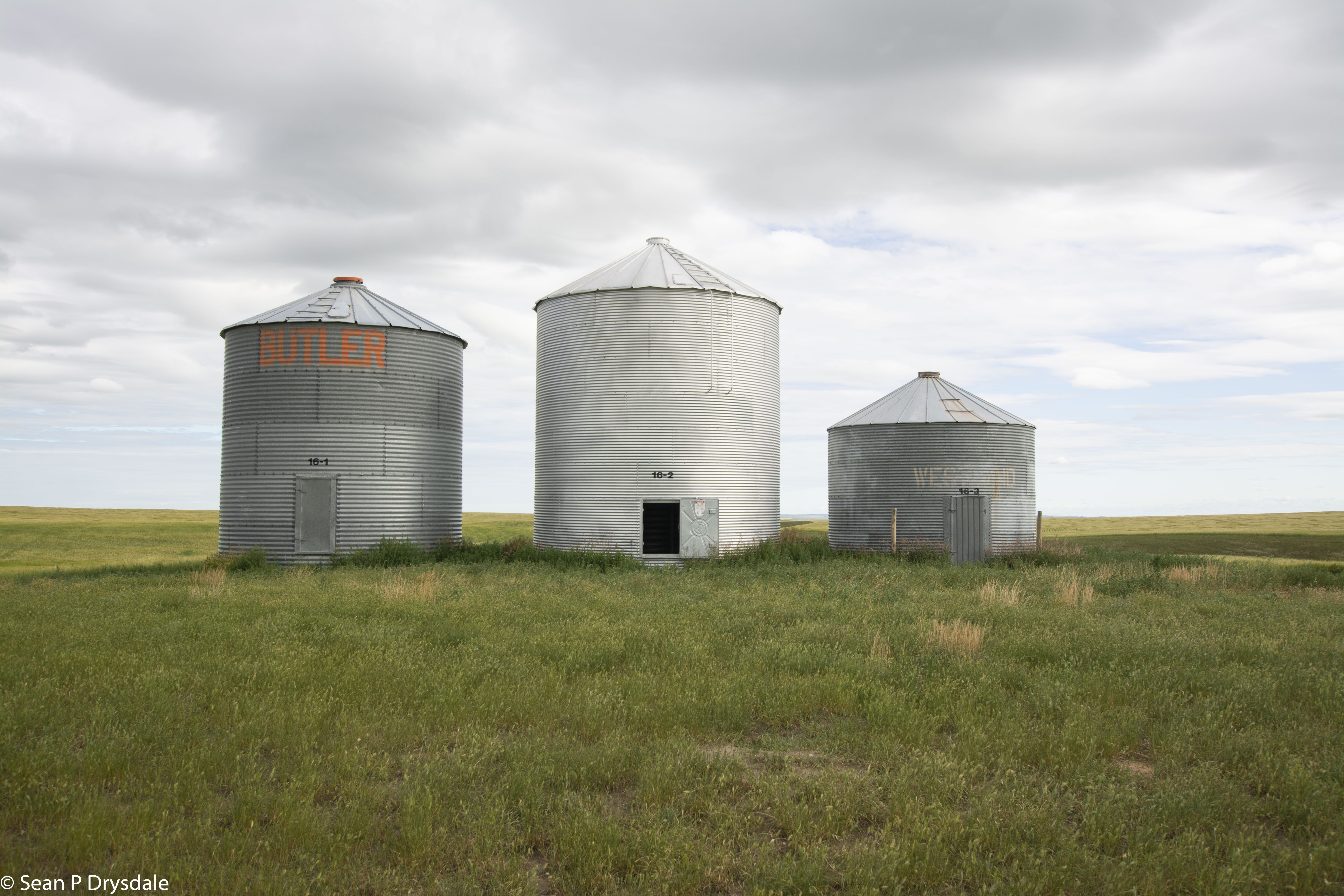 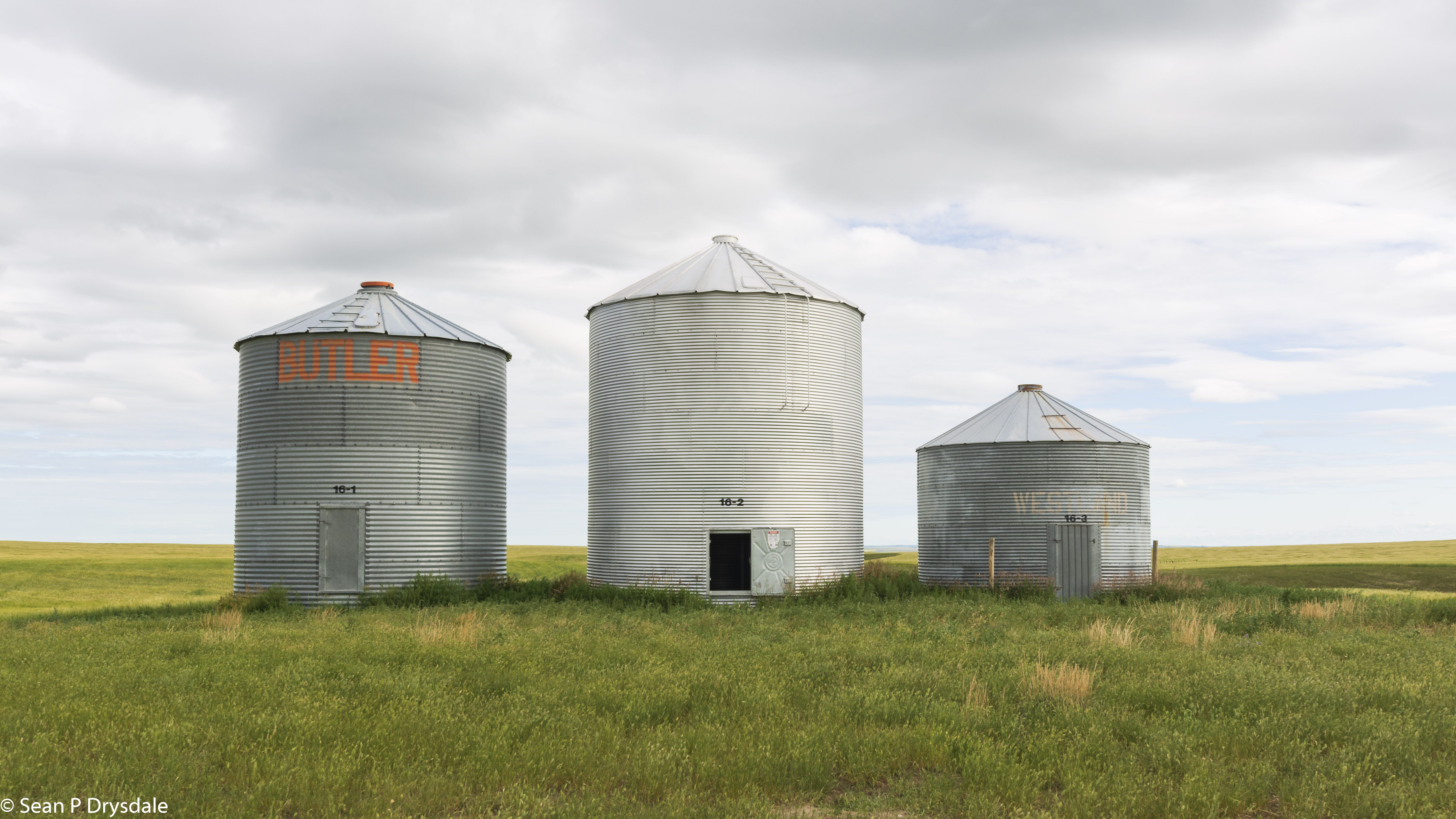 As always I look forward to your comments
Cheers, Sean