Dear Reader,
This is the third day of “All Over the Map” and the second of 3 days from a hidden gem south of the Hat. As we drove towards our destination the light looked hopeful and then doubtful. Under bright blue and dramatic grey lights, we spent about 3 hours wandering a land where the gods had been playing with melon ballers. I like the idea of the gods preparing crunchy appetizers. But, I know I have at least one reader who is a geologist ,and may therefore also like a more scientific explanation. Here is some of what was on the sign by the parking area.

” … The main feature is a large area of exposed bearpaw shale out of which appear dozens of sandstone concretions. There spheroids range in size from 1.5 to 2.5 meters in diameter and are exposed to varying degrees from the soft bedrock.  These concretions were formed in the very sediments upon which they sit.  The process by which concretions are formed leaves them harder and more resistant to erosional forces than the surrounding material. When the parent material erodes the spheres are left exposed and then they in turn start to erode.”

Here is the set “All Over the Map” so far 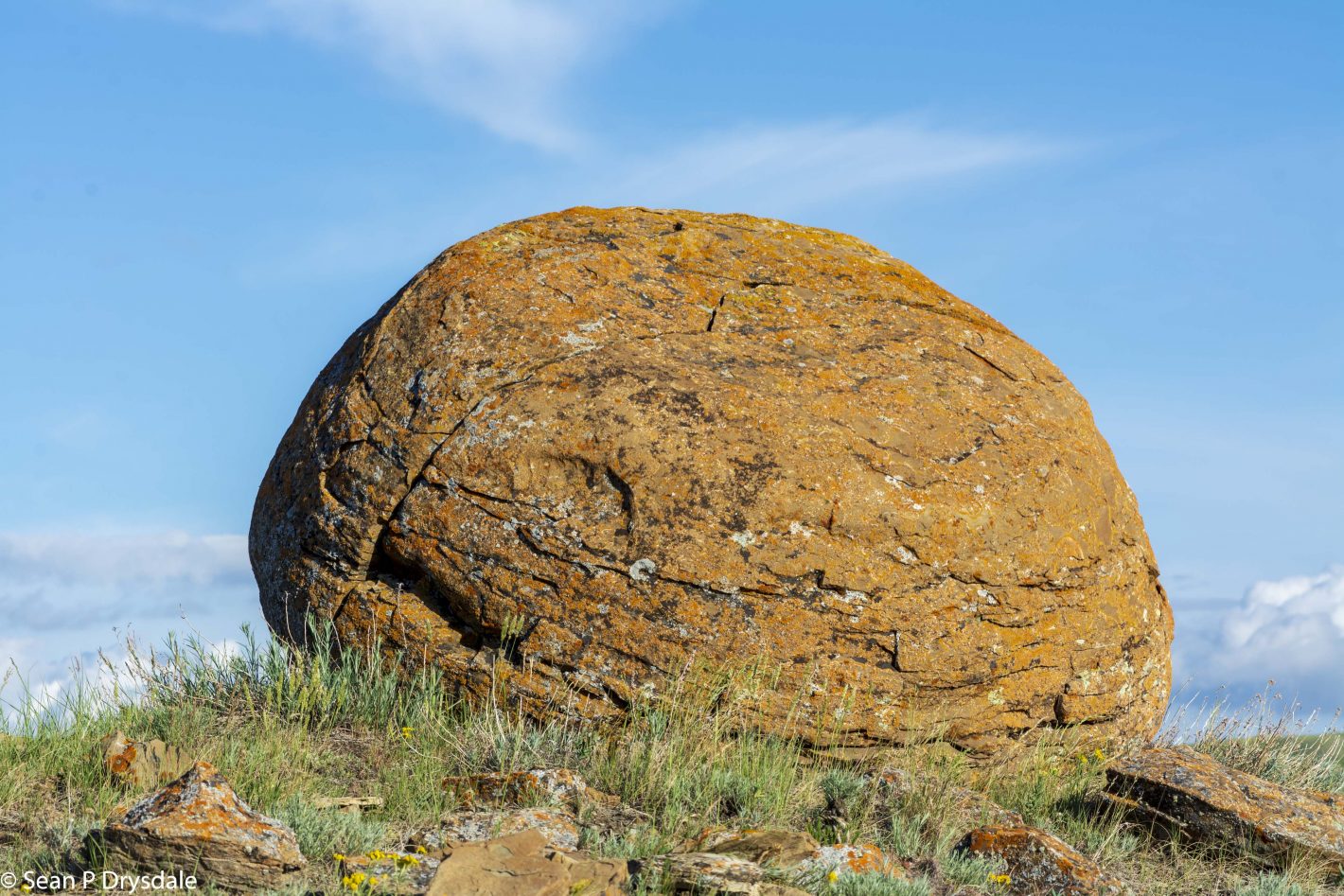 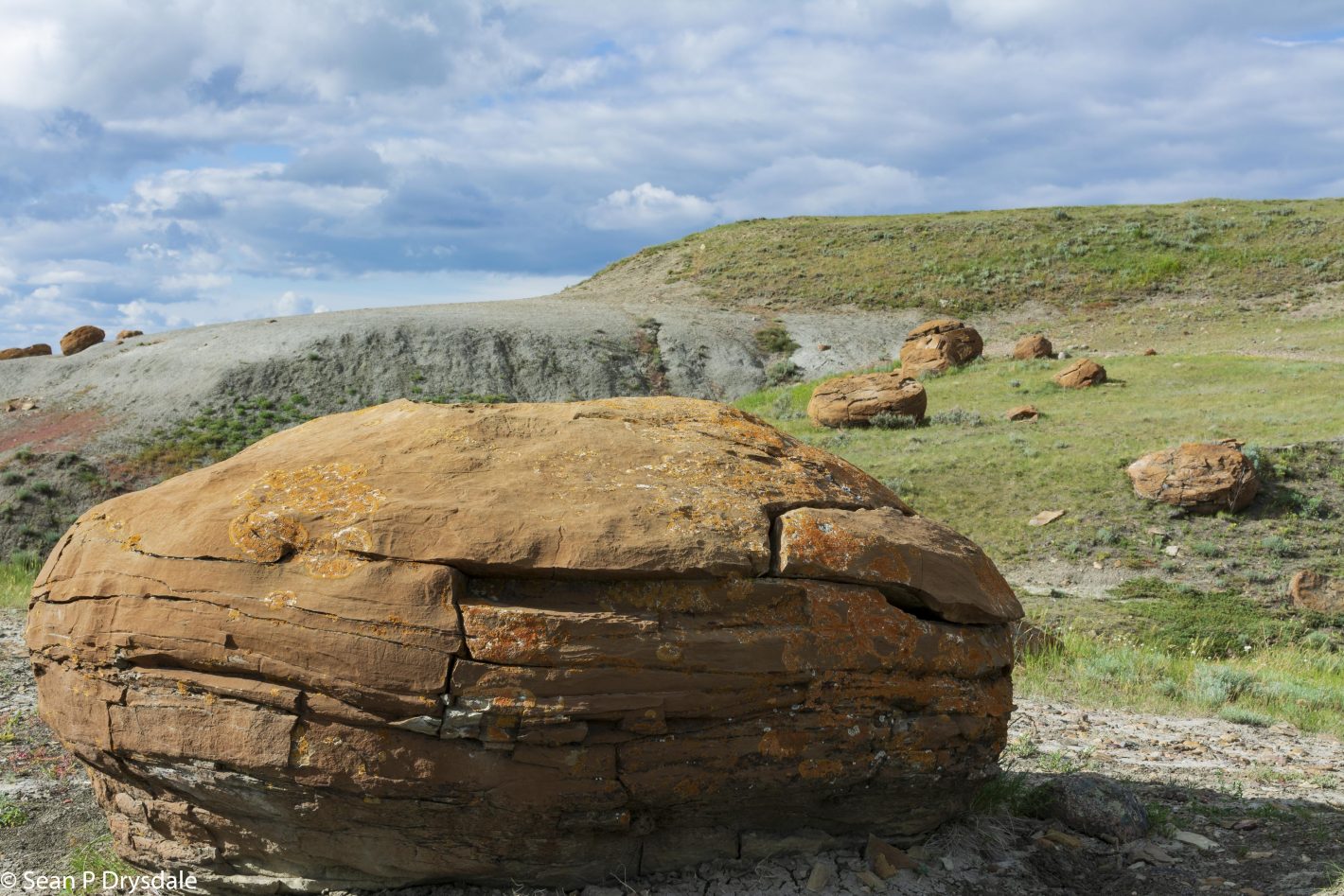 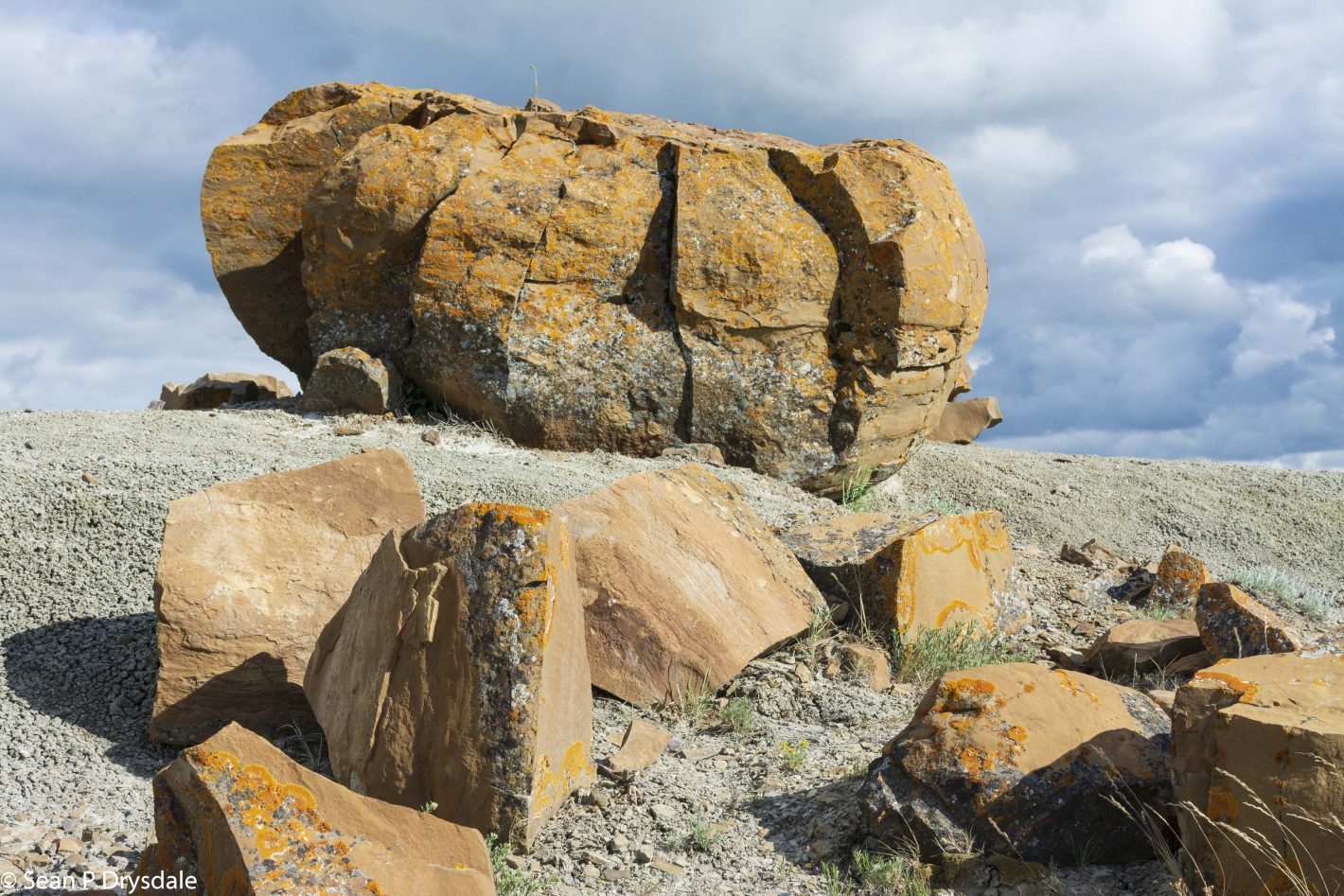 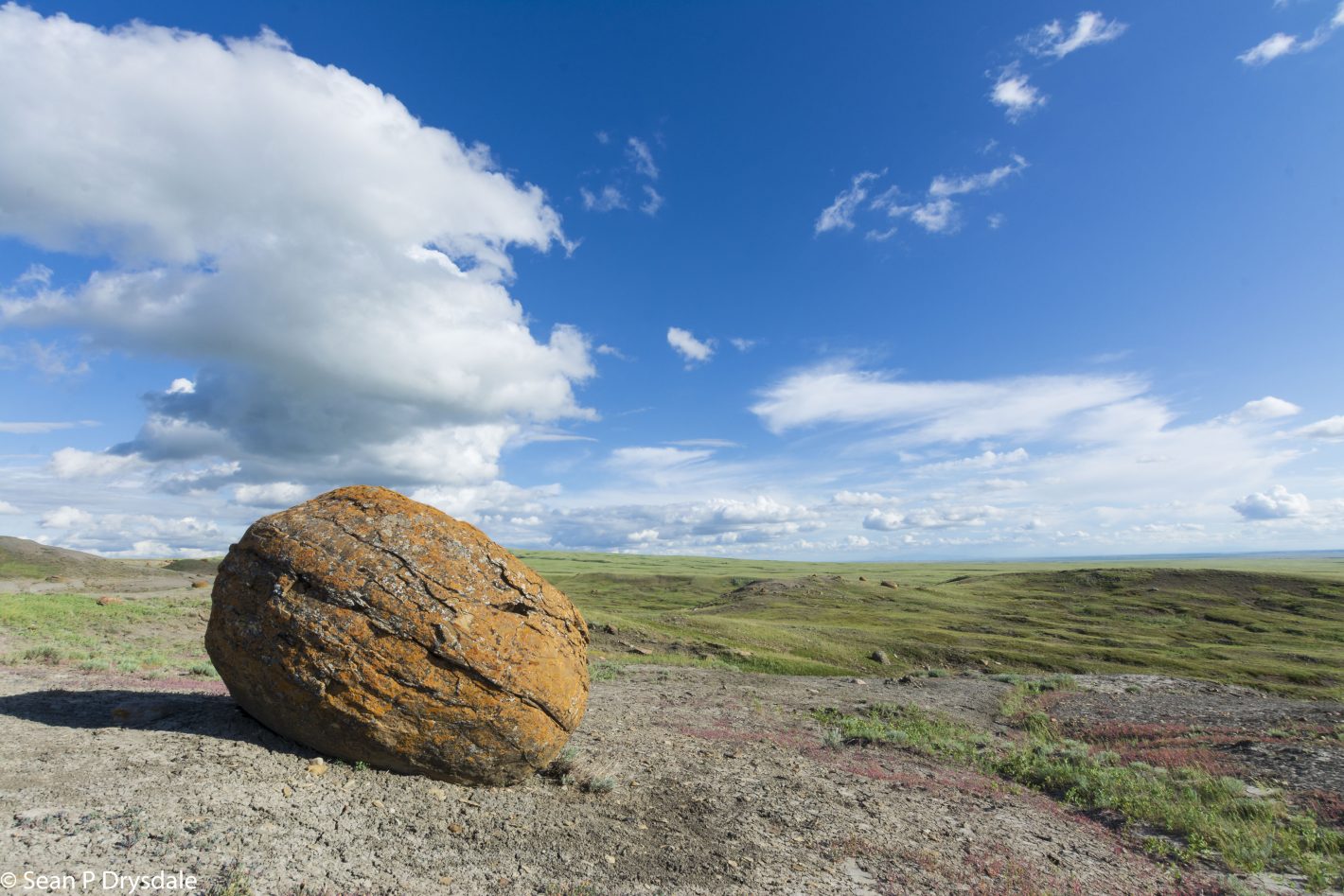 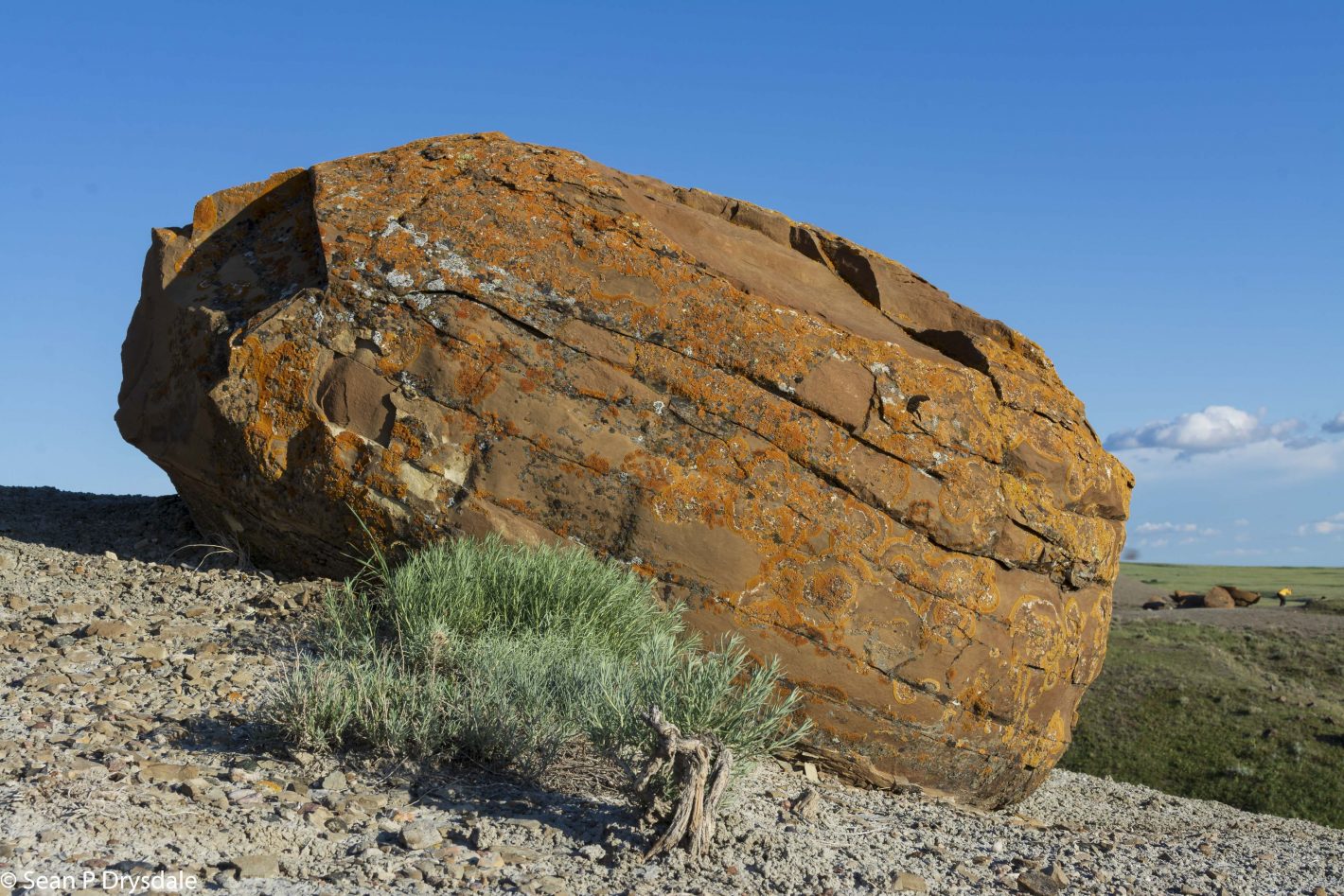 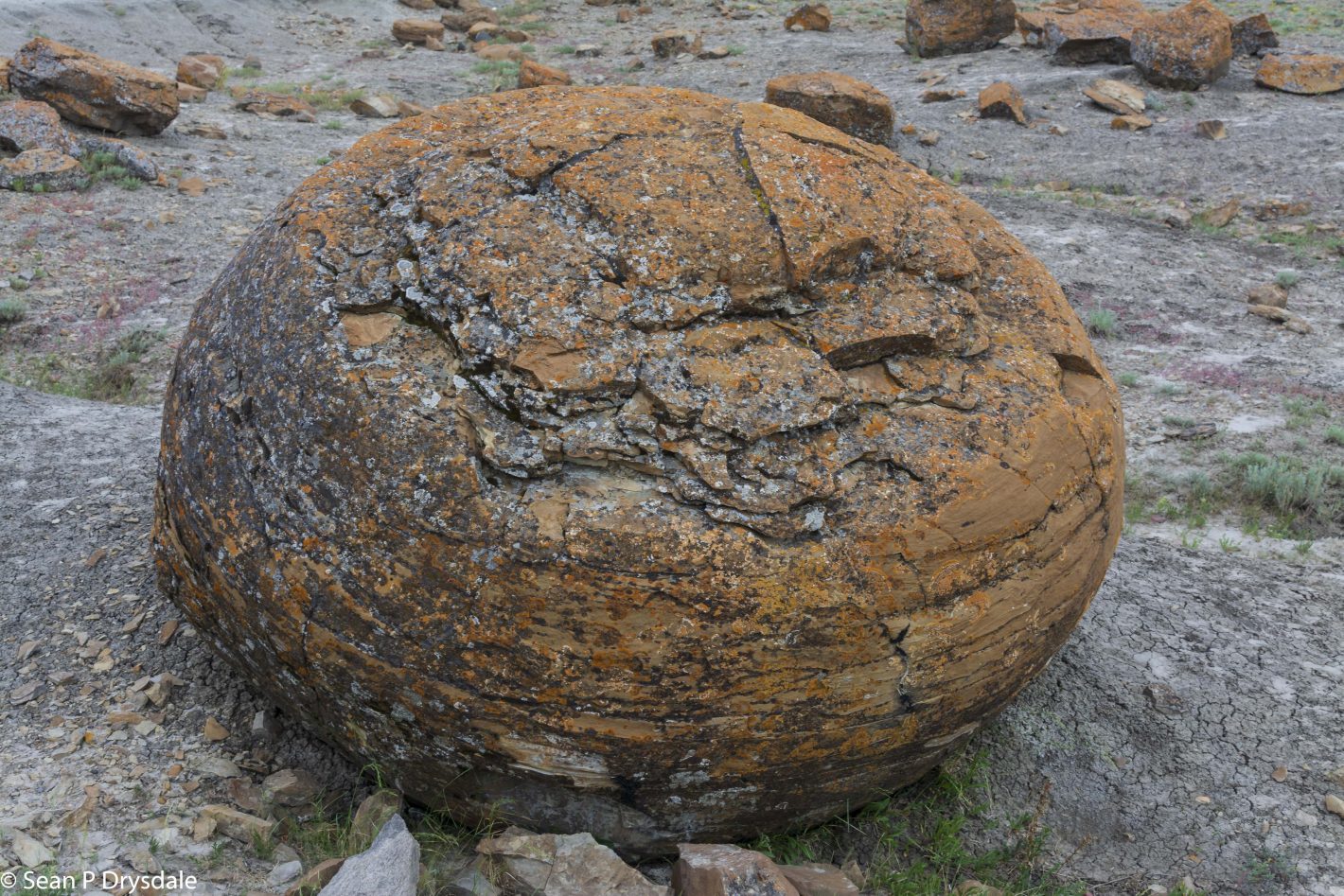 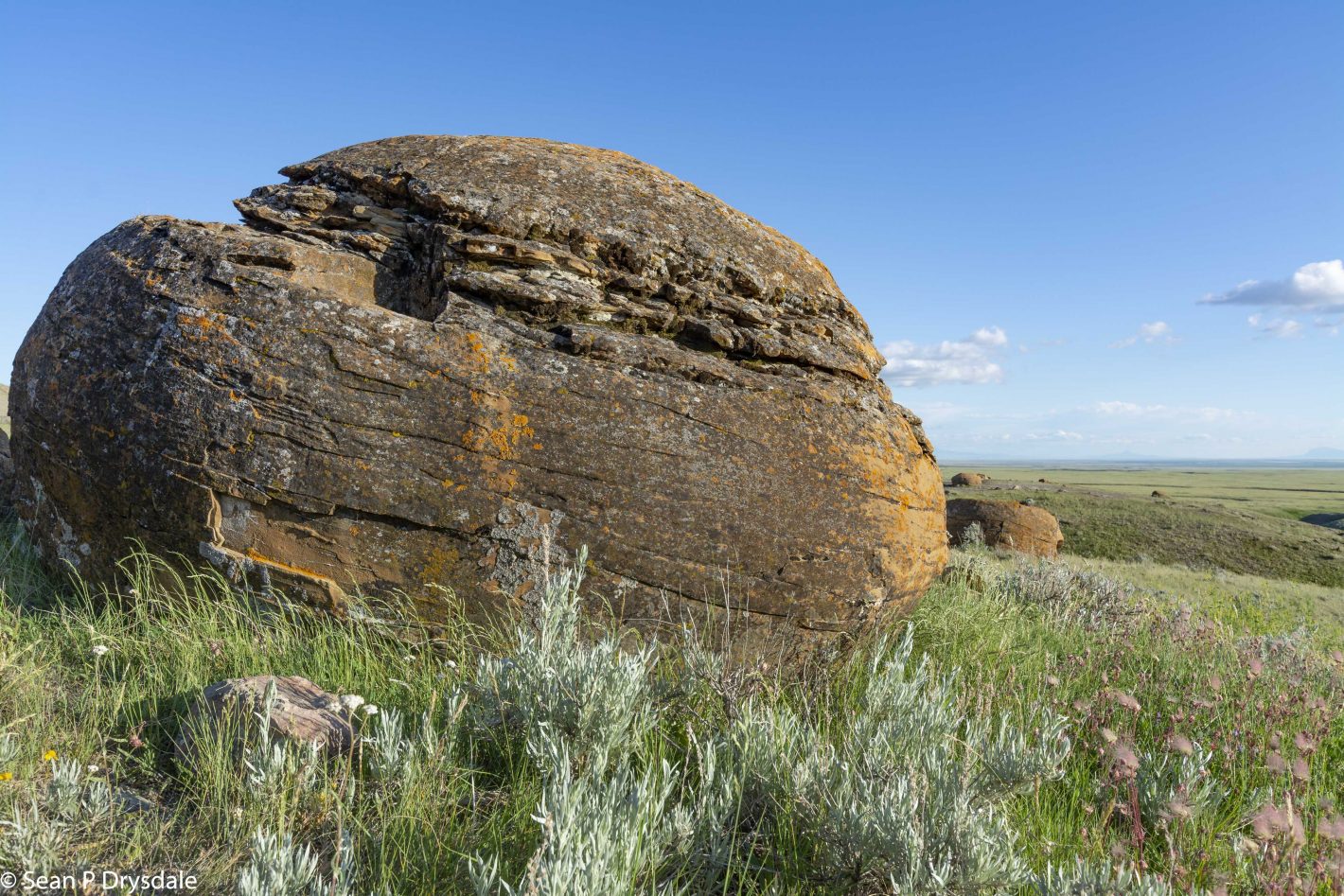 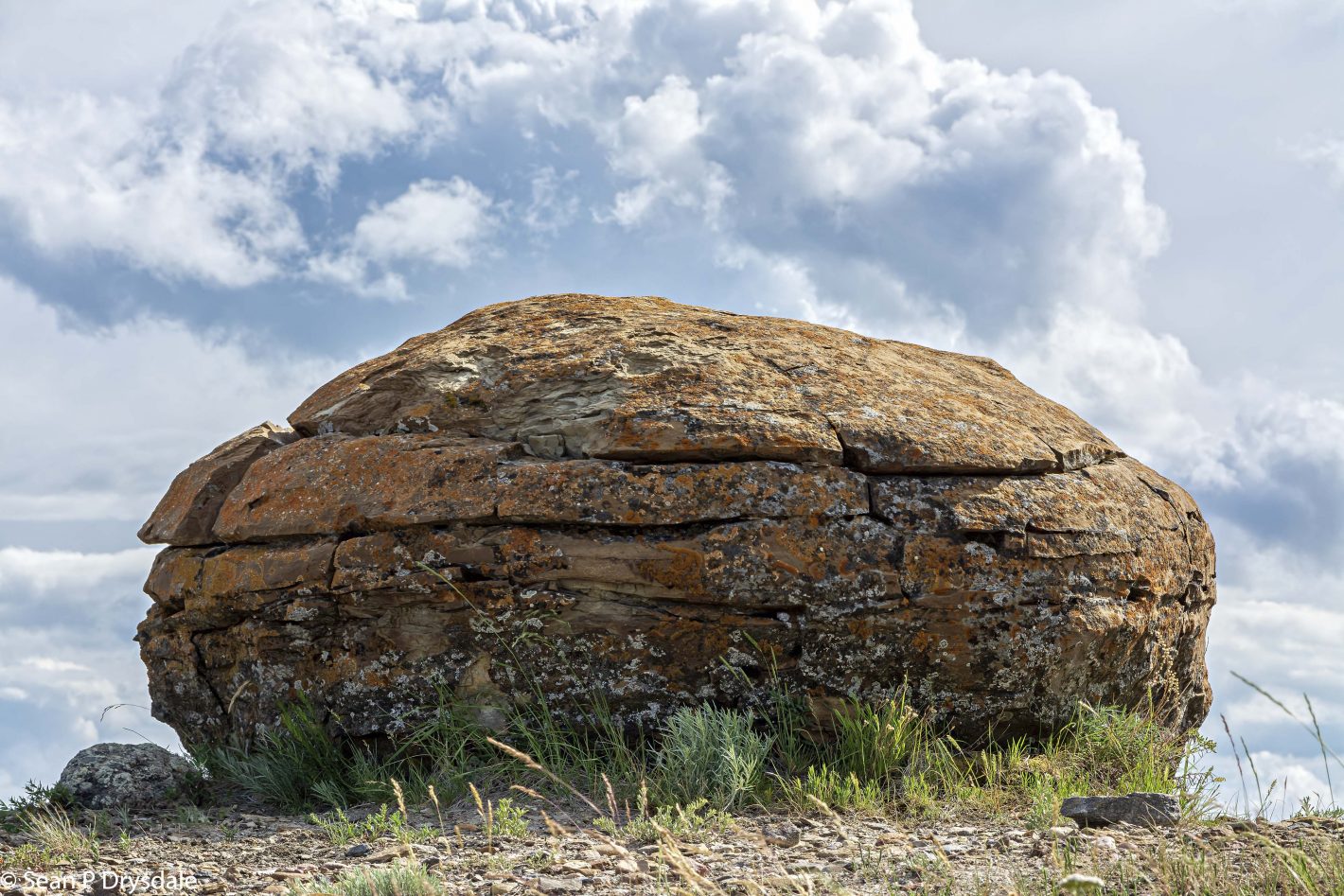 4 Replies to “A Little Closer”